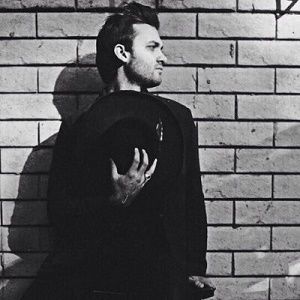 Casey Hooper is a married man. He is married to his longtime girlfriend, Alexandra Breckenridge. The couple tied the knot on 13 September 2015. There is no much information about wedding details.

Soon after a few months of their marriage, his wife, Alexandra became pregnant and on September 3, 2016, she gave birth to their son, Jack Breckenridge Hooper.

Then in the year 2017, this couple again blessed with another child. Thye named her Billie Breckenridge Hooper.

Who is Casey Hooper?

Casey Hooper is an American guitarist. He came to fame after he became the lead guitarist of the renowned singer, Katy Perry.
He has done the stage performance in the big events like Super Bowl XLIX halftime headliner show, the Grammy.

Casey was born on 16th July 1986, in Des Moines, IA. His ethnicity is unknown and nationality is American. His mother’s name is Rebecca Cartwright and his father’s name is Dave Hooper.

Furthermore, he has a brother, Spencer and he does not have any sister. Talking about his childhood, he was interested in arts and music from an early age.

Hooper is a high school graduate and he graduated in the year 2005. However, there is no information on which school or college he attended.

Casey Hooper started his career in music soon after he completed his high school education in the year 2005. After lots of stage shows and auditions, he was selected by Katy Perry as a lead guitarist in the year 2010.

Along with Perry, he has auditioned for the singers like Selena Gomez, Adam Lambert, Avril Lavigne, etc. However, he was not selected by them.

The shows which he has done include Super Bowl XLIX halftime headliner show, the Grammy’s, and the opening of the cricket season in India.

His salary and net worth are not available. Looking at his lifestyle, he is spending a luxurious life with a fat income and perks.