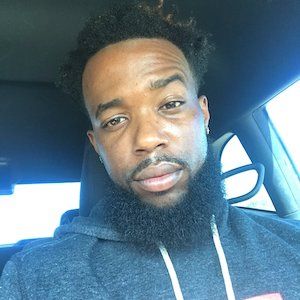 Cash Nasty is in a relationship with his long term girlfriend Ash. She is also a Youtuber. Before they use to have a long-distance relationship and she used to be featured in Cash gaming videos. After moving together they opened a channel together as CashNAshVlogs.

Moreover, the couple has been loved and admired by her fans as well.  At the moment their relationship is going very strong without any complications and problems.

Who is Cash Nasty?

Cash Nasty is an American YouTube star. He is mostly known for his funny and creative vlogs on the YouTube channel ‘WhatChaMaCalling’. He has a  channel on ‘Twitch’ where he posts his streams and humorous reviews of games.

The American Youtuber star Cash Nasty was born on December 4, 1990, in Vidalia, Louisiana, United States. He belongs to American nationality but his ethnicity is unknown.

As per his family, he has a father, mother and a brother but their names are not revealed yet. There is no information about his education background.

He has a Twitch channel called ‘CashNastyCalling’, he is also famous in twitch where he uploads hilarious and raging videos. His most viewed videos are ‘MOST INSANE OUTDOOR POOL MINI BASKETBALL HOOP 2V2!’, ‘OMG I PULLED THE GOAT! ALLEN IVERSON’ and ‘THE BEST PACK OPENING EVER! 2 SAPPHIRE PULLS’.

In his Youtube channel, he plays video games such as NBA 2K and other games too. He represents his video content in a funny way which attracts the young audience. Before being part of the Youtube family he served as an assistant manager at Wal-Mart.

He is very secretive in nature and does not want to open himself in front of the media. He has not been engaged in rumors and controversies as well.

As per his body measurements, he has a height of 5 feet 10 inch (178 cm) with body weight 75 kg (165 lbs). He has black hair color and his eye color is also black. There is no information about his shoe size.

Riches to Rags story: Learn about Mel B’s attempt to rebuild her life and her bitter divorce with her ex-husband Stephen Belafonte