Cash Warren is a producer and came to the limelight after he started dating Jessica Alba. Cash and Jessica later turned their affair to marriage and the couple has three children.

The American producer, Cash Warren is a married man. He tied the knot on 19 May 2008 to his longtime girlfriend Jessica Alba in 2008.

They started dating in 2005 in the set of Fantastic Four. After a couple of years of dating, they got married. 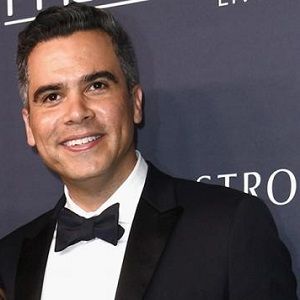 Who is Cash Warren?

Cash Warren is an American producer. He is famous for his work in several films including Taxi, Fantastic Four, and Crips and Bloods: Made in America, etc.

He is the husband of a Hollywood actress Jessica Alba with whom he has three children.

He is the son of Michael Warren(father), an American TV actor and former college basketball player, and Sue Narramore(mother), whose profession is unknown.

He has two sisters: Koa Warren and Makayla Warren. Also, he has a brother, Grayson Warren. Talking about his nationality, he is American and his ethnicity is African-American, European.

Cash began his career as a producer. For a long time, he has been working in films as a producer. He is famous for his work in several films including Taxi, Fantastic Four, and Crips and Bloods: Made in America. He is the husband of actress Jessica Alba with whom he has three children.

Furthermore, Cash Warren has also gotten a News & Documentary Emmy Award nomination for the Crips and Bloods: Made in American documentary. Additionally, he also worked as an executive producer on Being Terry Kennedy which is a BET series focused on skateboarder Terry Kennedy.

So far, he has not won any awards in his career. Although, he got a News & Documentary Emmy Award nomination for the Crips and Bloods: Made in American documentary.

Being a famous producer, he pockets a healthy amount of money from his profession. Currently, he has a net worth of $50 million as of 2022.

It seems he has full focus on his career rather than being stuck in any controversial stuff. He has not been any part of scandals as well.

Cash Warren has a height of 6 feet and his weight is 85 kg. Moreover, he has a pair of brown eyes and salt & pepper-colored hair. His shoe size is not known.

What does Cash Warren do for work?

What nationality is Cash Warren?