Cassady McClincy is presently single. She hasn’t introduced anyone as her boyfriend or lover till now. It seems she is more focused on her career rather than being in a romantic relationship. 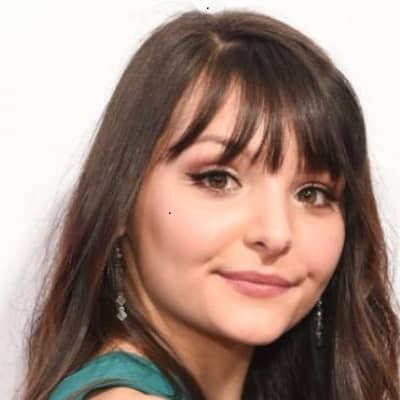 Cassady McClincy is a renowned actress from the United States. She is best known for her recurring role as Lydia on the AMC horror-drama television series The Walking Dead. Presently, she is portraying the character in season 10 of the series.

Cassady was born on September 1, 2000, in Ohio, United States, and spent her childhood in Georgia. Her nationality is American and belongs to a mixed (Asian and Caucasian) ethnicity.

The name of her mother is Dayla Mcclincy whereas her father’s name is not disclosed yet. She has three siblings two sisters named Kaya McClincy and Callie McClincy and a brother named Gavin McClincy.

Her grandfather, Chai is a native of Bangkok, Thailand. Similarly, his younger sister, Callie is also an actress. Further, her academic details are also under the curtain.

Cassady made her television debut through the 2010 TV film, The Wizard of Agni where she portrayed the role of Munchkin Bobbi. The same year, she featured in a television short film, Five Smooth Stones as Schoolgirl / Soccer Player. Following this, McClincy has been cast in Sid Roth’s It’s Supernatural’s episode, “Karen Wheaton” as a guest star in the role of Troubled Teen.

In 2014, she appeared in two television series Drop Dead Diva and Let the Lion Roar. Similarly, her debut film is The Unexpected Bar Mitzvah where she portrayed the role of Sarah. The same year, she appeared in another film titled Crimes and Mister Meanors as Kat. McClincy also featured in the Netflix original series Ozark and the Hulu original series Castle Rock in 2017.

Cassady has managed to maintain a clean profile till now. She hasn’t been part of any rumors and controversy that create headlines in the media.

Cassady’s net worth is estimated to be around $1 million as per other online sources in 2022. Further, her salary and other earnings are still under review.

Likewise, she has beautiful hazel pair of eyes with light brown hair color.

The actress has a verified Instagram and Twitter accounts where she has more than 448k followers and 29.1k followers respectively. However, she doesn’t available on Facebook.