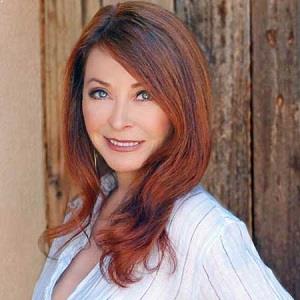 [In 1998, reacting to being told that Monica Lewinsky liked to compare herself to Elvira] At least, I get my little black dress cleaned once in a while.

[In 2014, on her dream date with Elvis Presley] I was a big groupie. I loved music. I got to realize the dream of actually meeting Elvis and actually going out on a date with Elvis, so that was a dream come true for me. There was a lot of making out going on. We had a great time.

[In 2014, on Elvis Presley giving her some advice] He is one hundred percent responsible for me getting out of Vegas and going on with my career. Elvis said to me, "You don't want to stay here. This is not a town you should be in." And I don't think if that would've come from anybody but Elvis, I would've done it.

What is the relationship of Cassandra Peterson?

Cassandra was married to Mark Pierson in the year 1981. Eventually, the pair couple went through the process of divorce in the year 2003. She has one daughter from the marriage, Sadie Pierson.

Who is Cassandra Peterson?

Cassandra Peterson is an American actress. She portrayed the role of the horror hostess character Elvira, Mistress of the Dark. Additionally, she also sang in an Italian pop-rock band and had a small part in Federico Fellini’s 1972 movie ‘Roma’.

Cassandra Peterson was born in Manhattan, Kansas on September 17, 1951. In her childhood years, she pulled a tub of boiling Easter eggs off of the stove, burning over a third of her body and leaving her visibly scarred.

Later, her family moved to Colorado Springs, Colorado. Additionally, she was shy throughout her early life. Her mother ran a costume shop and frequently used her as a model.

Initially, Cassandra performed in local clubs as a dancer while still in high school. Later, she auditioned for a show called ‘Vive Les Girls’ at the Dunes Hotel during spring break in 1969.

Next, she sang in an Italian pop-rock band and had a small part in Federico Fellini’s 1972 movie ‘Roma’. After moving to the United States, she posed for photo shoots for Playboy magazine. She later joined the Groundlings improv troupe in 1979.

KHJ-TV hired Cassandra in the spring of 1981 to host the Movie Macabre series for $350 a week. Additionally, she made several guest appearances on different TV shows and movies as Elvira and became the first female to host a national beer ad campaign.

Elvira is a character that she plays. She also co-wrote, produced, and starred in a feature-length film called ‘Elvira, Mistress of the Dark’ in 1988. She was a popular character throughout the 1990s and 2000s.

Cassandra hosted her reality TV show, ’The Search for the New Elvira’ in 2007. Although in her 60s, she is still going strong as Elvira. All in all, she has more than 90 credits as an actress for her appearances in movies and television series.

Cassandra was nominated for the Saturn Award in 1990 as Best Actress for ‘Elvira: Mistress of the Dark’.

Additionally, she won the Spirit of Silver Lake Award in 2001. Furthermore, she also won the Rondo Hatton Classic Horror Awards in 2011.

Cassandra has not revealed her current salary. However, her net worth is estimated to be around $3 million as of 2022.

Her character Elvira attracted a fair amount of controversies over the years because of the nature of her character. Currently, there are no rumors concerning her and her career.

What are the body measurements of Cassandra Peterson?

Tags : American Actress Elvira Mistress of the Dark Roma The Search for the New Elvira