Cassidy Freeman is a nature-loving American entertainer. She is married and a mother of one. 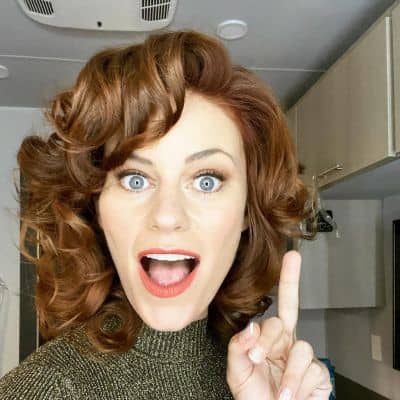 Talking about her love life, Cassidy Freeman is in a married relationship with her long-time partner, Justin Carpenter. The couple tied the knot on 23 September 2012. Their wedding ceremony took place in a secret manner with the involvement of family and closed friends.

However, Cassidy is very secretive in nature and does not prefer to share her things with the public. The couple has a daughter as well but her details are also hidden from the public.

Who is Cassidy Freeman?

Cassidy Freeman is a well-recognized American actress and musician. Freeman is widely famed for her roles as Tess Mercer in The CW’s superhero drama Smallville and Cady Longmire in A&E’s modern western Longmire.

Moreover, she also featured in other series such as CSI, The Playboy Club, The Vampire Diaries, NCIS, Stitchers, and NCIS: New Orleans.

Cassidy Freeman was born on 22 April 1982. At present, her age is 39 years old. Likewise, her birthplace is Chicago, Illinois, the USA.

Cassidy is the daughter of her father, Lee Freeman whereas her mother is Glynna Freeman. Moreover, she has three siblings named Clark Freeman, Crispin Freeman, and Ryan.

Talking about her nationality, Freeman holds an American identity whereas her ethnicity is Russian Jewish, English, Irish, Scottish, and German.

Officially, Cassidy started her acting career in 2006 appearing in two shorts: Clock and the award-winning film, Razor Sharp. The actress then performed as Veronica Sharpe. In the next year, she made her television movie debut, An Accidental Christmas portraying the role of Kristine. She also played the character of Shirley in the mockumentary film, Finishing the Game.

Additionally, Freeman also featured in shorts like Starlet, Shades of Gray, and You’ve Reached Richarde &Gribbeen. The star also made several appearances in the TV movies, Austin Golden Hour as Charlie and Buzz as Serena Zorn.

Moreover, Cassidy performed in CSI: Miami season 10 episode fifteen named, No Good Deed. Going on, Freeman also confirmed to be in The CW’s fantasy drama, The Vampire Diaries in the role of Sage in the third season.

Recently, the star co-starred alongside Will Patton in the fifth The Purge movie The forever Purge which was released in 2021.

A talented American actress, Freeman has earned a handsome amount of money from her profession. She has been active in her profession from the year 2006 till the present.

It is reported that Cassidy Freeman has an estimated net worth of $3 million.

However, the prominent superstar has not disclosed her exact salary, earnings, and assets details till now.

In November 2017, Cassidy accused actor Jeremy Piven of predatory behavior. She accused him of trying to do something to her when she was young. Later, the actress came forward with her allegations after actress Ariane Bellamar accused Piven of sexual harassment.

Other than that, she has never been part of any controversial matter or rumors till now. Freeman has been preoccupied with her professional and private life.

39 years old star, Cassidy has gorgeous looks and an admirable personality. She stands at a height of 5 feet 9 inches. Also, she has a balanced body weight of 56 kg.

Furthermore, Freeman has blue-green eyes whereas her hair is red. Her body measurement is 32-26-30 inches(chest-waist-hip) respectively.

Regarding her social media presence, Cassidy Freeman is an active personality on social media. Cassidy has more than 59.8k followers on her official Instagram account @Freeman.

She is also active on Twitter with around 59.7k followers.

However, Freeman is not available on Facebook at the moment.