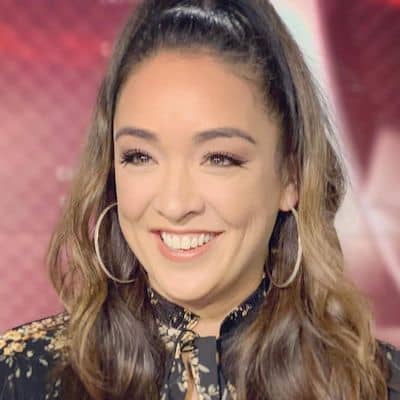 Cassidy Hubbarth is a single mother. She has a daughter born in 2018.

However, she has not revealed her kid’s father and also her boyfriend’s details are unknown.

Cassidy resides in New York city with her kid.

Cassidy Hubbarth is an American journalist and a TV host. She at present works for ESPN on SportsCenter and College Football Live.

Cassidy has also worked for Big Ten Network and Fox Sports South in the past. For her work, she was awarded Southeast Emmy for Interactivity.

She was born as Cassidy Anne Hubbarth on 19 Sep 1984 in Evanston, Illinois, USA. The name of her mother and her father’s name is Emmeline and Gerry Hubbarth respectively.

Cassidy’s ancestry is Filipino-German-Irish and has two siblings who are older than her.

Talking about her academics, she has attended Evanston Township High School and passed out in 2003.

She also enrolled at the University of Illinois for a year and then joined Northwestern University. From the latter, she received a degree in Bachelor of Science.

Cassidy Hubbarth is an employee of ESPN where she anchors SportsCenter and College Football Live. She first was selected as a studio anchor in 2010 and has covered several games.

Then in March 2013, she was confirmed as a full-time anchor. Her other work timeline is,

At present, her estimated net worth is around $1 million US. Also, her salary from her career is around $400k per year.

This TV personality is keeping herself away from rumors and scandals at present.

Regarding Cassidy Hubbarth’s body features, her height is 5 ft 10 inches and her body weight is 58 kg. She has dark brown eyes and her hair is brown.

Cassidy is officially active on social networking sites. She has more than 147k followers on Twitter and over 73k followers on Facebook.