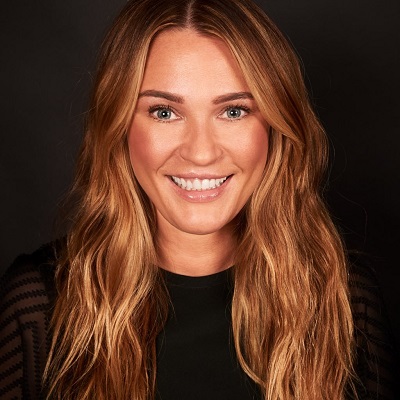 Cassie Lomas is married to Chris Bell for the last 10 years with whom she has two children, one daughter Elkie and son Spike. The two got married on 13 June, 2009.

Who is Cassie Lomas?

Cassie Lomas is a make- up Artist, Brand Ambassador, and Businesswoman, working in the industry for the last 20 years. She is a successful and highly respected artist in the world of fashion, music, beauty, and celebrities.

Cassie has graduated in Business & Marketing. After finishing her graduation, she realized her interest in make-up so in 2002 she moved to London and studied at London College of fashion.

Passionate Cassie has worked with some of the world’s most famous faces such as Lady Gaga, Selena Gomez, Twiggy, Rita Ora, Iggy Azalea and many more.

Cassie’s make-up career started back in the 1990s in her hometown Manchester. In 2014, she launched her own professional makeup brushes. Her signature look has to be her flawless, iridescent skin and modern pretty aesthetic.

She has a beautifully fresh and modern approach to make-up making her high demanded in the industry. Previously the brand Ambassador of Bourjois, She now works alongside B.makeup by Superdrug where she launched her own makeup collection in 2017.

Cassie in the Fashion Industry

She has worked with international Editorials like Vogue and created covers for Glamour, Cosmopolitan and Sunday Times Style Mag. She has designed makeup for advertising campaigns and for brands like Rimmel, Superdrug, Superga.

In 2010, she launched her make-up school, Cassie Lomas make-up academy. Along with it, she established her own Creatives Agency in 2014, representing new talents in make-up and hair.