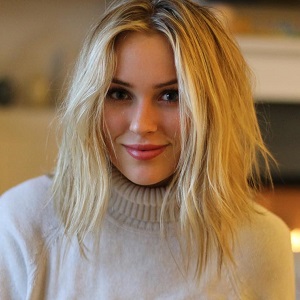 What is the relationship of Cassie Randolph?

Cassie Randolph has not been married yet. Previously, she dated basketball player Caelan Tiongson and the duo began dating during their time at Biola University. They appeared together in the film ‘Young Once’ in 2015 but they split later and became a good friend. Also, they tried to return back into a relationship but it did not work.

She is currently living her single life in Los Angeles with two cats: Maverick and Goose.

Who is Cassie Randolph?

Cassie Randolph is an American reality star, speech pathologist, and ESL teacher. She became famous after she participated in the 23rd season of ABC’s The Bachelor in 2019.

But, she quit the show in Week 9 after reaching the top 3. After that, she became a social media star.

She was born on April 4, 1995, in Huntington Beach, California, USA. She is currently 27 years old. Her father’s name is Matt Randolph and her mother’s name is Amy Randolph. She has a brother named Kandon and a sister named Michelle.

She loves surfing and has done skydiving. Cassie holds American citizenship and her ethnicity is Caucasian.

In which school did Cassie Randolph attend?

She joined Biola University and graduated with B.S. in Communication Sciences and Disorders in 2016 and after that, she attended the University of Wisconsin-Eau Claire and is studying Speech Pathology.

She worked as a substitute teacher at Huntington beach Adult School and in Huntington Beach Union High School District. Then, she appeared as a participant on the 23rd season of ABC’s ‘The Bachelor’ for bachelor, Colton Underwood, and for a former professional football player.

She became successful in winning the heart of Colton Underwood. But, she left the show in its 9th week as felt uncertain about her relationship and was not ready for an engagement.

She also served as an intern at Beach Kids Therapy Center from January 2016 to February 2016.

It seems Cassie has not been awarded and nominated for her work till date.

She has an estimated net worth of around $2 million as of 2022, and it is likely to increase in the future as she is likely to get more offers in the entertainment industry.

She was presented as a speech pathologist by ABC but she is not. As she is still undertaking a master’s degree in speech pathology and will be graduating by 2020.

As she was introduced as a speech pathologist after the premiere of ‘The Bachelor’, she wrote on her Instagram,

“It was encouraged I leave off the word assistant for lack of confusion, but I do realize how much one word can mean. Sometimes at the moment, it’s easy to underestimate the impact of seemingly small details. The LAST thing I want to do is minimize the work it takes to earn the title of a full-fledged SLP or misrepresent myself”.

Also, she broke former professional football player, Colton Underwood’s heart she approached her with a marriage proposal. She said to Underwood that she was not ready for engagement and she was uncertain about their relationship. After hearing that, Underwood jumped over a fence and left the show set.

What are the body measurements of Cassie Randolph?