Cassie Ventura is an American singer, songwriter, model, actress, and dancer. She is a married woman and has a child. 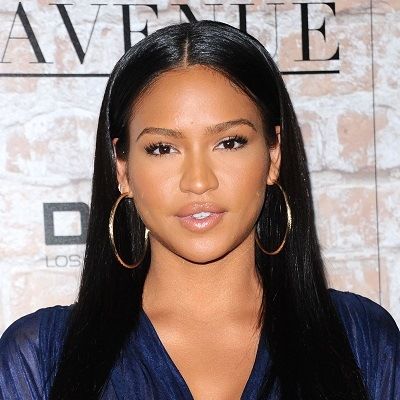 I need to shop because generally, I really do style myself. It's easier to wear clothes that are true to who you are. But if it's a headache, I'll ask for help.

Just remember.... it doesn't matter how long you have known each other.. all that matters is that he has kept you smiling from day one.

I'm a perfectionist and when it comes with people I want to work with, I have changed my mind, like, millions of times.

Every girl needs a best friend to help her laugh when she thinks she'll never smile again.

What is the relationship of Cassie Ventura?

Cassie Ventura started dating Ryan Leslie in October 2002. Due to him, she started her career in singing in that year. Ryan also signed her to the NextSelection Lifestyle Group. He produced Cassie’s debut album. After dating for a long time, the duo finally separated in March 2007.

Cassie was signed by Sean Combs “Diddy” Combs to his Bad Boy Records. And, there were rumors of the two datings together. There was even an engagement buzz between the couple in August 2012. But, both of them denied the rumors. Diddy’s wife Hylton-Brim was happy for Cassie and Diddy as reported by Christian Post. They kept their relationship very low profile and secretly ended their relationship in 2018 which came to public knowledge in October 2018.

In 2018, Cassie started dating celebrity personal trainer and bull rider, Alex Fine. She uploaded her pictures with Alex on the internet in December 2018 in Diddy’s response (when he had sent his pictures to Cassie).

This couple exchanged vows on 28 Aug 2019. They are also blessed with a child. They named her Frankie Fine.

Who is Cassie Ventura?

Cassie Ventura is an American singer, model, actress, and dancer. Likely, she forayed into the showbiz as a model when she was 14. Considered a style icon for her “edgy style,” “sophisticated” and “feminine” fashion, the ravishing diva is signed to ‘Wilhelmina Models’ and ‘One Management.’

She appeared in magazines like ‘Bust’ and ‘GQ’, and became the face of ASOS 2013 spring collection and featured in commercials for ‘Clean and Clear,’ ‘Adidas,’ and ‘Abercrombie & Fitch.’

Cassie Ventura was born in New London, Connecticut, United on 26th August 1986. Her birth name is Casandra Elizabeth Ventura and she is currently 34 years old.

Her father’s name is unknown and her mother’s name is Stacey Hobson. She ventured into modeling at age 14 and began modeling for local department stores, Seventeen (magazine), and the fashion catalog of Delia’s.

Cassie briefly featured in the music video of ‘Just a Friend 2002’ by American singer Mario. She took lessons in vocals and modern ballet and also attended the performing arts program of the school.

Talking about Cassie’s education history, she studied at the Williams School, Connecticut College campus. She completed her high school education in 2004.

Thereafter, she relocated to New York City and made a comeback in modeling. She attended classes at the ‘Broadway Dance Center’ and also started booking print and commercial modeling gigs.

Talking about her profession, Cassie Ventura was discovered by record producer Ryan Leslie, who spotted her frequently at clubs and parties during late 2002. He helped her in recording demo tapes. They co-wrote the duet, ‘Kiss Me,’ and Leslie recorded and played the song for music executive Tommy Mottola, who, in turn, offered a management deal to Cassie.

During 2005, Leslie signed Cassie as the first artist of his music-media company, NextSelection Lifestyle Group,’ that he founded with Rasheed Richmond. Guided by Leslie, Cassie emerged among the fastest rising R&B acts of that year. Her debut single, ‘Me & U’, written and produced by Leslie, was released on April 25, 2006, as the lead single of her eponymous first album, ‘Cassie’ (2006).

The track peaked at #3 on the ‘U.S. Billboard Hot 100’ in 2006 and stayed in the top forty for around 20 weeks. It became a club hit in Germany and emerged among the biggest records in Atlantic Records’ history.

Additionally, her self-titled debut album, ‘Cassie,’ was released by Leslie’s ‘NextSelection,’ ‘Diddy’s Bad Boy Records,’ and ‘Atlantic Records’ on August 8, 2006. It was an experimental R&B and pop album with influences of hip hop and was produced by Leslie.

The album, ‘Cassie,’ debuted at #4 on the ‘US Billboard 200’ and remained on the chart for 13 weeks. It received critical acclaim and garnered comparisons to Janet Jackson. She performed at the MTV television series ‘Total Request Live’ and on BET’s popular hip hop and R&B music video show ‘106 & Park: BET’s Top 10 Live’ to promote the album.

In addition, she garnered a lot of fame with ‘Cassie,’ which eventually developed a cult following and received credit as a pioneer of “experimental R&B.” An LP of the album was released by English record label ‘Be With Records’ on July 10, 2015. Cassie debuted in films with the American dance flick, ‘Step Up 2: The Streets,’ where she played Sophie Donovan. The film released on February 14, 2008, and became a huge box-office hit.

It charted in several major international territories, including peaking at #10 on the UK R&B (Official Charts Company). She announced ‘Electro Love’ as her second album in July 2009.

She spawned three singles but they failed to perform well in the US. These include the ‘Official Girl,’ ‘Must Be Love,’ and ‘Let’s Get Crazy.’

She collaborated with Nicki Minaj for the single, ‘The Boys,’ released through the Universal Republic, Cash Money, and Young Money. It became the lead single off Minaj’s re-released album, ‘Pink Friday: Roman Reloaded – The Re-Up.’ She released her first mixtape, ‘RockaByeBaby,’ through Bad Boy Records on April 11, 2013. The concept of the mixtape is based on the American action gangster film, ‘New Jack City’ (1991).

The mixtape received critical acclaim and was named as the ‘best mixtape of the year’ by bi-monthly British style magazine, ‘Dazed & Confused.’ She collaborated with Too $hort, Wiz Khalifa, Rick Ross, French Montana and Meek Mill, and James Fauntleroy on this project.

She has an estimated net worth of around $8 million (as per 2022 data) and she has earned that sum of money from her professional career.

Cassie Ventura has a height of 5 feet 6 inches. Additionally, she weighs is 55Kg. In addition, she has a measurement of 34-24-34 inches.

Her hair color is black and her eye color is dark brown. Furthermore, her dress size is 4 (US) and her shoe size is 8.5 (US)

The ex-girlfriend of Sean ‘Diddy’ Combs, Cassie Ventura is pregnant with her first child with her current boyfriend Alex Fine!