Updated On January 17, 2023 | Published By: Arun Mehata
Share this
Married 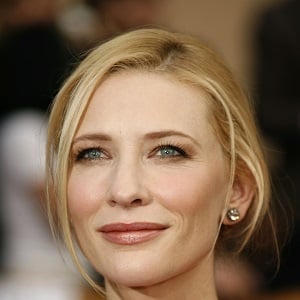 If you know you are going to fail, then fail gloriously!

If I had my way, if I was lucky enough, if I could be on the brink my entire life - that great sense of expectation and excitement without the disappointment - that would be the perfect state.

I'm one of those strange beasts who really likes a corset.

I love Brighton. We lived in Lewes Crescent and it was the genesis of the rabbit hole in Alice in Wonderland, so magical.

How is the marital life of Cate Blanchett?

Cate Blanchett is a married woman. She is married to Australian playwright Andrew Upton.

The pair first met in 1996 when they were working on the play ‘The Seagull’.

Who is Cate Blanchett?

Cate Blanchett is an Australian actress and theatre director.

People mostly recognize her for her roles in movies including ‘Elizabeth’, ‘The Aviator’, ‘Blue Jasmine, ‘The Curious Case of Benjamin Button, and ‘Carol’.

Additionally, she is a two-time recipient of the prestigious Academy Awards.

Blanchett was born in Ivanhoe, Australia on May 14, 1969, to parents June and Robert DeWitt Blanchett, Jr.

Her father was a United States Navy petty officer and her mother worked as a property developer and teacher.

Additionally, she has an older brother who is a computer systems engineer and a younger sister who is a theatrical designer.

She was raised by a single mother after her father died of a heart attack when she was 10.

Additionally, she became interested in the world of acting in her childhood years.

She is of Australian and American nationality.

Furthermore, she belongs to a mixed ethnic background of English, Scottish, Cornish, Northern Irish, and French.

Furthermore, she studied economics and fine arts at the University of Melbourne.

However, she dropped out after one year to travel overseas. Eventually, she graduated with a Bachelor of Fine Arts from NIDA in 1992.

Additionally, she also portrayed the role of Clytemnestra in the production of Sophocles’ ‘Electra’.

In addition, she made her feature film debut in the 1997 Bruce Beresford film ‘Paradise Road’.

In the same year, she also appeared in ‘Oscar and Lucinda’. She was able to turn heads after her outstanding performance in ‘Elizabeth’.

Since then, she has appeared in numerous other movies and television series. All in all, she has over 60 credits as an actress.

Some other movies and television series that Blanchett has appeared in are ‘Ocean’s Eight’, ‘Thor: Ragnarok’, ‘Song to Song’, ‘Manifesto’, ‘Carol’, ‘The Hobbit: The Battle of the Five Armies, ‘The Monuments Men’, ‘The Turning’, ‘Hanna’, ‘Robin Hood’, ‘Notes on a Scandal’, ‘The Good German’, ‘The Missing’, ‘Heaven’, ‘Bandits’, ‘The Gift’, and ‘The Shipping News’ among others.

Additionally, she also has 3 credits as a producer and 1 credit as a director.

Blanchett also appeared in the popular ‘Lord of the Rings franchise.

To date, she has worked with some of famous names in Hollywood including Woody Allen, Wes Anderson, Ron Howard, Terrence Malick, Anthony Minghella, Steven Spielberg, and Ridley Scott among others.

She has also won a Golden Globe Award and BAFTA Award.

Blanchett has not revealed her current salary.

She has also purchased a $4.5 million house in the United Kingdom.

Blanchett became part of a controversy after she revealed that she and Sandra Bullock got ‘penis facials’ at Georgia Louise Atelier in New York.

Additionally, she was also involved in another controversy when she revealed that she was sexually harassed by Harvey Weinstein.

At present, there are no rumors concerning Blanchett’s life and career.

Talking about her body measurement, Cate Blanchett has a height of 5 feet 9 inches or 174 cm.

Additionally, she weighs around 59 kg or 130 pounds.

Blanchett is active on social media.