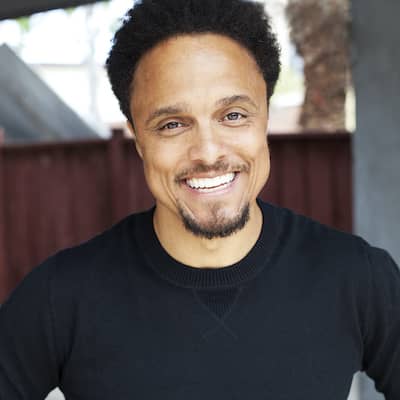 Catero Colbert at present is married but his wedding details are unknown. His wife’s name is Maia Tarin and they are the parents of two kids.

He often posts pictures of his son, daughter, and spouse on his social account. On Mother’s Day of 2018, he uploaded a photo where he praised his wife for helping him in raising their children.

Who is Catero Colbert?

Catero Colbert is an American actor, director, and writer. He is most popular for his work in Superman vs. The Elite (2012), Onionhead (2007), and more.

In recent, he will be seen as Linc in a short fantasy video of 2021 titled Para-Medics.

He was born as Catero Alain Colbert in Chicago, Illinois, United States but his birthdate is unknown. The name of his father is Chuck Colbert but his mother’s name is cloaked.

Catero’s ancestry is All-American and talking about his academics, he has not provided the details.

Catero Colbert is a popular face of the entertainment industry and has appeared in several projects. His first role was of David Johnson in The Perfect Model (1988).

At present, his net worth is estimated at around $100k US. Also, his salary from the screen career is not yet disclosed.

This actor/writer is keeping himself away from rumors and scandals at present.

Regarding Catero Colbert’s body features, his height and his body weight are average. He has dark brown eyes and his hair is also dark brown color.