Catherine Lowe is an American graphic designer and has appeared in a reality show, The Bachelor. Catherine is married to Sean Lowe since 2014 and has three children. 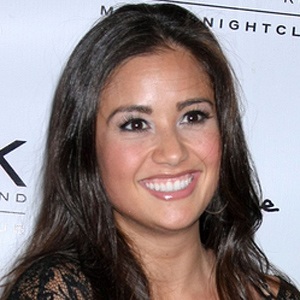 Reflecting on a personal life of Catherine Lowe, she is a married woman. She married to Sean Lowe on 26th January 2014 in a live ceremony performed by Lowe’s father at the Four Seasons Resort Biltmore in Santa Barbara. The couple has been blessed with three children: Mia Lowe, Samuel Thomas Lowe, Isaiah Hendrix Lowe.

Samuel Thomas was born on 2 July 2016. They announced the arrival on Twitter by saying, “God is good! We had a healthy baby boy.

Previously, she was in a relationship with Seattle rapper and recognized King of Ballard, Grynch.

There isn’t any information about her being in other relationships that we know of. Being a celebrity, her fans are curious to know more about her.

Who is Catherine Lowe?

Catherine Lowe is an American renowned television star as well as a graphic designer. She is best known as the winner of the 2013 season of ABC’s The Bachelor.

The daughter of Carey and Cynthia Mejia-Giudici, Catherine Lowe was born in Seattle, Washington. She was born on 29 April 1986 and named Catherine Ligaya Mejia Giudici. She is of American nationality and has a mixed ethnicity of Filipino, Italian, and Scottish.

Talking about the career journey of Catherine Lowe, she started out her career in advertising working for Seattle’s Wexley School for Girls. She was working for Amazon as a graphic designer when she was cast as a competitor on The Bachelor.

Her career started to blossom in the field of entertainment field when she was cast as a competitor on The Bachelor. Her career took on a successful path when she won the 2013 season of ABC’s The Bachelor. She was known to the world gaining fans and followers in every part of the world. After her success, she was also called upon Jimmy Kimmel Live! with her fiance, Sean Low.

Lowe has also appeared in Marriage Boot Camp: Reality Stars. Her success in her career path has paid her well financially.

Her net worth is estimated to be $500,000. There is no doubt that she is living a luxurious lifestyle and she keeps in touch with her fans through social media.

Unlike others, she hasn’t been in rumors but suffered a controversy when her husband revealed he is failing as a husband in a sneak peek of Celebrity Wife Swap.