Who is Catherine McCormack dating?

Catherine McCormack was living with her film editor boyfriend named Christian as speculated in 2009.

It was also rumored that she dated Joseph Fiennes from 1998 to 1999. She has managed to keep her personal life very confidential.

She loves keeping her private matters to herself and is not a fan of flaunting them in the public glare. However, no news of her tying the knot has yet been heard. 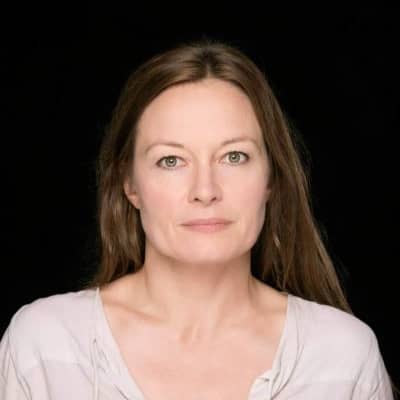 Who is Catherine McCormack?

Catherine McCormack is an English stage and screen actress born in the town of Epsom, Surrey. She is popularly known for her role in the movie Braveheart which went on to win several Academy Awards.

Catherine has also starred in multiple television shows and theatrical plays. All My Sons and Honour remain her memorable theatrical work to date.

Catherine McCormack was born on April 3, 1972, and has Irish ancestry on one of her grandparent’s sides. Her zodiac sign is Aries.

She came from humble beginnings and had a normal childhood until her mother’s death from lupus when she was just 6 years old.

Catherine and her brother, Stephen, were raised by their father afterward who was a steelworker.

Catherine, a Roman Catholic, attended the Convent of Our Lady Providence. She then went along to study drama at the prestigious Oxford School of Drama.

Catherine McCormack has starred in various movies and has done some impressive experimental roles.

She debuted as the lead in the 1994 thriller/drama, Loaded directed by Anna Campion which was not so well received by the critics and the audience.

However, her role was very promising and admirable. She later described that she had a miserable time doing the film and she was not helped through it and said it was a horrible experience.

Her most pivotal role came in the 1995 multiple Academy Award-winning movie Braveheart where she played Murron MacClannough. Mel Gibson directed the movie and it became a box office success.

After Braveheart, Catherine McCormack appeared in The Land Girls(1998) alongside Anna Friel and Rachel Weisz. She also starred as the lead character in movies like Northstar (1996) and Dangerous Beauty(1998).  Her other films include Spy Games and 28 Weeks Later.

In an interview, Catherine McCormack expressed her love for theatre saying that it was really an actor’s medium.

She was an important member of the 2006 London cast of Patrick Barlow’s play called The 39 Steps and then went on to do several plays like A Doll’s House and The Portrait of a Lady both commencing in July 2008 and ending in August.

She also appeared in Six Characters in search of an Author in 2009  which was adapted from the British tour of Headlong. After 3 long years in 2012, she starred in Helen Edmund’s Play called The Heresy of Love as Juana Ines de la Cruz.

McCormack has a net worth of over 3 million dollars which might not be a surprise owing to her 27 years long career with some successful projects.

McCormack is away from controversy throughout her lengthy career.

She keeps herself away from the cameras most of the time and doesn’t engage in any drama with the press.

Catherine McCormack is fairly tall with a height of 5 feet and 7 inches.

She weighs around 57 kg, and has beautiful blonde hair and blue eyes which compliments her slender body figure.

She holds her privacy very dear and is not fond of sharing her life with the public.