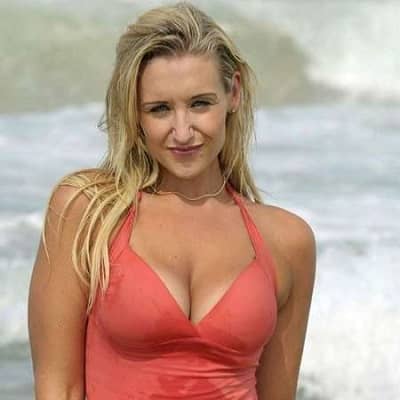 Catherine started dating Tom Pitfield, her personal trainer, with whom she started an affair in January 2014. The couple got engaged in August 2014 and married in May 2016. They have a child together.

When she went on maternity leave from filming Coronation Street, she was six months pregnant with her son. On March 18, 2015, she gave birth to her first child, Alfie James Pitfield, at the age of 31.

She gave birth to her son two weeks after her due date, after a 38-hour labor. To prepare for the birth, she practiced a technique known as hypnobirthing. She resumed filming Coronation Street four months after giving birth.

Who is Catherine Tyldesley?

Catherine Tyldesley is an English actress and model. She is famous for her work in Lilies, Coronation Street, and Scarborough.

Catherine Tyldesley was born on 17th September 1983 in Manchester, England. As of 2021, her age is 38. She was born to parents Graham and Janet Tyldesley. The English actress has a younger sister named Bernadette.

Catherine Tyldesley went on to appear in Holby City after graduating, before landing the main role in the short-lived BBC series Lilies.

She has been in a number of programs since then, including Emmerdale (where she portrayed Abi Peterson for two months in 2010), Shameless, Two Pints of Lager, and a Packet of Crisps, and Drop Dead Gorgeous. She also had roles in the movies, Human Nature and The Book Collector.

She is a talented singer and a former model in addition to being an actress. After previously starring in ‘Coronation Street’ as a Midwife in January 2006, she returned in June 2011 as Eva Price, daughter of new Rovers landlady Stella. This remains her best-known role as the show is very popular in the UK and is one of the longest-running TV shows too.

She also participated in the pilot episode of Channel 4’s Comedy Showcase comedy series Guantanamo Phil, in addition to her soap role. Tyldesley was partnered with Johannes Radebe in the seventeenth series of Strictly Come Dancing in 2019.

According to notable online sources, Catherine has an estimated net worth of around $1 million. Her main source of income throughout her career has been acting. Although she has not revealed her exact salary, an actor in the UK earns more than $40k annually on average.

Tyldesley stands at a height of around 5 feet 8 inches. She used to weigh around 15 stone and wore a dress size 22 at the age of 18. However, a decade ago she went through a significant weight loss and lost a whopping six stone. Her current weight is around 48 kg. She has blonde hair and green eyes.

While she was in ‘Strictly Come Dancing’, Catherine and her partner Johannes Radebe were left shocked after getting eliminated following a dance-off against Mike Bushell and Katya Jones, in a decision which viewers of the show branded “ridiculous”.

The actress said she was “gutted” to be fired, but the greatest thing to come out of the ordeal was her friendship with Radebe, who she met filming the spin-off ‘It Takes Two’.

Tyldesley stated that she felt “very privileged” to have been paired with Radebe and that the two would be lifelong friends. However, the elimination has left her shocked.

Catherine Tyldesley is active on social media sites. She has over 97k followers on Facebook, over 421k followers on Twitter, and more than 641k Instagram followers.