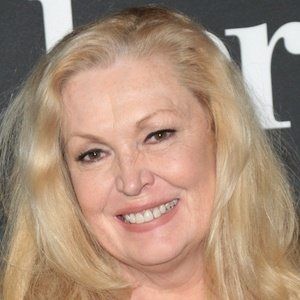 Robert De Niro taught me how to listen, and how to be part of the conversation. It's not just about reading your lines and saying what's in the script, you have to understand your character, along with the other characters so that you can always respond

What is the relationship of Cathy Moriarty?

But the marriage didn’t last long so they separated on April 2, 1992.

Who is Cathy Moriarty?

Cathy Moriarty is an American actress whose career spans over 30 years.

Similarly, she was nominated for an Academy Award for Best Supporting Actress for Raging Bull (1980).

Additionally, she starred in films, including Neighbors, White of the Eye, Soapdish, Casper, Analyze That, and The Bounty Hunter.

Likewise, she also starred in television roles, such as Tales from the Crypt (in which she won a CableACE Award for Best Actress in a Dramatic Series), as well as in Law & Order, Law & Order: Special Victims Unit, and Law & Order: Criminal Intent.

She is the daughter of John Moriarty (father) and Catherine Moriarty (mother). Her father was a warehouse worker and her mother was a homemaker.

Additionally, when she was 18 years old, her friends urged her to enter a bathing-beauty contest at a bar.

Then, she got my knees shaking, and I’m breaking out in goosebumps ’cause I’m embarrassed and cold. All these guys are whistling and stuff.

Unfortunately, there is no information about her siblings.

She belongs to American- Irish nationality and Irish ethnicity. Her birth sign is Sagittarius.

On talking about her education, there isn’t any information regarding her education and academic achievements.

In talking about her profession, Cathy Moriarty made her film debut in Martin Scorsese’s Raging Bull (1980), as Vikki LaMotta, wife of Jake (Robert De Niro).

In 1985, she agreed to co-star with Jack Nicholson in The Two Jakes.

Then, she returned to acting in 1987. Whereas, her first role since Neighbors was in the British thriller film White of the Eye, in which she played the wife of David Keith’s character. Two years later, she also appeared in the CBS series Wiseguy episode “Reunion“.

Likewise, she also began the decade with roles in the thriller film Burndown, Arnold Schwarzenegger’s Kindergarten Cop, and the soap opera parody Soapdish.

Besides that, she also appeared in the musical drama The Mambo Kings and the horror anthology TV series Tales from the Crypt.

Her last performance of the year was a hard-as-nails prostitute in the screwball comedy film, The Gun in Betty Lou’s Handbag.

In that year she also played Hedy Burress’s mother in Foxfire, the film adaptation of Joyce Carol Oates’ novel.

In the next year, she also played the alcoholic mother of a successful boxer in Opposite Corners.

She was nominated for the Oscar Award, Golden Globe Award, and BAFTA Film Award for Raging Bull (1980). She was also nominated for Video Premiere Award for Best Actress for Red Team (2000).

Likewise, she was nominated for Festival Award for Best Actress in a Short Film (Medium) for Tammy (2013).

She won CableACE Award for Actress in a Dramatic Series for Tales from the Crypt (1989).

There is no information regarding her income or salary.

Whereas, her net worth is estimated to be around $5 million.

There was a controversy after she displayed her bad driving skills and made a run for it.

Additionally, the actress allegedly rammed her car against another and sped off from the accident.

In talking about her body measurements, Cathy Moriarty has a height of 5 feet 9 inches.

Additionally, she weighs is 65Kg.

His hair color is blonde and her eye color is dark brown.

To know more about Lizzy Caplan, Jolene Blalock, and Amy Bruckner, please click on the link.