Cathy Rigby is currently married to her second husband. She exchanged vows with Thomas P. McCoy on 11 Sep 1982.

Together this couple is parenting their two children. Their daughters are Theresa McCoy (b. 1983) and Kaitlin McCoy (b. 1985).

Prior to Thomas, Cathy was wedded to a football player. His name is Tommy Mason and they walked the aisle on 20 Jan 1973.

From their relationship, they have two sons, Thomas Buck Mason (b. 1976), Ryan Mason (b. 1980). But their conjugal life ended after seven years.

Their divorce was finalized in 1981. 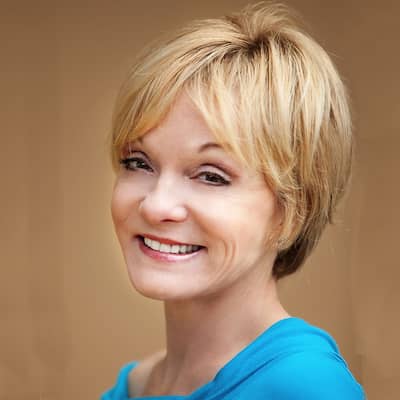 So it really does have a sort of bittersweet quality. Kids like to have adventures and to believe they can fly, but there's also that fear about people leaving you

I'll talk to kids afterward and somebody will always say, 'I'll leave my bedroom window open for you.

Who is Cathy Rigby?

Cathy Rigby is an American actress and former gymnast. She is also a speaker and is known for appearing in Peter Pan (2000), The Six Million Dollar Man (1974), and McKenna Shoots for the Stars (2012).

As a gymnast, she competed in the Summer Olympics of 1968.

She was born as Cathleen Roxanne Rigby on 12 Dec 1952 in Los Alamitos, California, USA. The name of her father and her mother is not disclosed.

Cathy’s ancestry is Caucasian and talking about her academics, she has attended Los Alamitos High School.

She was also the U.S. national champion in 1970 and in 1972. But her sports career ended in the year 1972 and she headed towards the acting field.

Cathy is an amazing actress and has appeared in several screen projects. Her first screen appearance was in 1974 with the TV series Police Woman as Sandra.

But she is mostly known for her title character in Peter Pan. Her other acting credits are The Hardy Boys/Nancy Drew Mysteries (1978), ABC Afterschool Specials (1988), Perfect Baby (1997), McKenna Shoots for the Stars (2012), and more.

At present, her estimated net worth is around $1.4 million US. But her salary from her career is not yet revealed.

She is the Executive Director of McCoy Rigby Conservatory of the Arts. Some of the top actor’s financial worth is,

Regarding Cathy Rigby’s body features, her height is 4 ft 11 inches and her body weight is 45 kg. She has dark brown eyes and her short close-cropped hair is brown.

Her body stats and her shoe size are unknown. She has a flexible body which made her a skilled gymnastic.

Cathy is officially active on social networking sites including Facebook. She has more than 731 followers on Twitter.