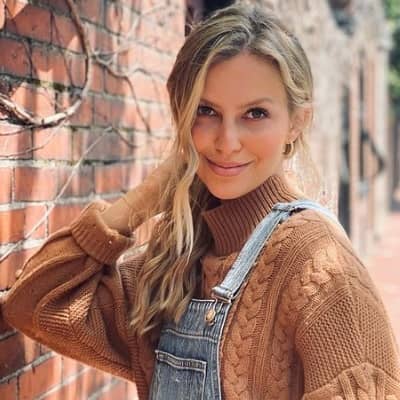 Catie Offerman is a married person and lives a very happy marital life with her husband.

Who is Married to Catie Offerman?

Catie Offerman is married to model Kolby Vetter. On May 22, 2022, the couple married. They were best friends first, and their friendship evolved into a romantic relationship after her best friend Kolby proposed to her. When Kolby proposed to her, she even shared the photo. They married in front of their closest and loved ones after dating for a while. They even uploaded wedding photos to Instagram. They’ve also shared a cute couple of photos of them having fun together on their social media accounts.

Who is Catie Offerman?

Catie Offerman is a singer and musician who can also play the violin, piano, and guitar. She is a new face who has recently gained fame, and in a short period of time, people who liked her music grew in popularity. Kolby Vetter is also her husband.

Catie Offerman has also given the public a lot of beautiful music. She is well-known for songs such as “Get A Dog,” “Don’t Do It In Texas,” and “Where It All Began.” She is also a TikTok star with millions of views on her videos.

Catie Offerman was born in New Braunfels, Texas, but she has not disclosed her exact birth date to the media. She has American nationality and is of Caucasian ethnicity.

Catie Offerman has not revealed her school name because she stated in an interview that she was homeschooled in the barn. Her school life was not typical for most people because she received her education at home and did not have the opportunity to make friends. Her father used to work in a barn, so she used to have more animal friends. She enrolled in Texas Lutheran University when she was 11 years old. She then received the scholarship and went to Berklee College of Music in Boston.

Does Catie Offerman use IG, FB or Tiktok?

Catie Offerman is a frequent user of social media. She is also an active Instagram user with 15k followers and 1192 posts under the handle @catieofferman. Catie has shared many photos with her close friends and family on Instagram. Catie even showed her husband her wedding photo. She recently posted photos of herself, her husband, and her pet hiking and spending quality time outside.

Similarly, she has been an active Twitter user since February 2010 with nearly 317k followers and 428 tweets. However, she is not as active as she is on Instagram. She also has a Facebook account, @CatieOfferman, with 6.3k likes and 9 followers. On Facebook, she recently shared her pre and post-Oprah debut champagne bottle. She also uses Tiktok, where she has 127.5k followers and 1.8M likes. She has also created the YouTube channel @CatieOfferman, which has 1k subscribers.

Catie Offerman grew up in a musical household. She began playing the piano at the age of four. After she learned to play the piano, she moved on to other instruments such as the violin and accordion. She joined the Polka band that toured the Lone Star State when she was 11 years old. After spending time in Los Angeles, she decided to pursue her musical dreams and relocate to Nashville.

In 2018, she signed a publishing deal, and in 2020, she impresses UMG Nashville chairman Mike Dungan enough to sign a record deal with the label.

With a voice reminiscent of a number of past female country hitmakers, Offerman was recently featured on Josh Abbott Band‘s “The Luckiest,” from their 2020 album The Highway Kind. She was also featured in the Highwomen’s “Redesigning Women” music video. Offerman is collaborating with Ryan Beaver and Aaron Eshuis on her debut album, but her song “Cheating Myself” is a good introduction to her musical style.

Catie Offerman has only recently begun her quest for greater fame and recognition. She is the only name in this industry, but she has gained a lot of fans in a short period of time. despite the fact that she has not received any awards or nominations. More people will appreciate her work in the future, and she will receive more accomplishments, which she may share with us in the future.

Catie Offerman has never been involved in any negative rumors or controversies in her quest for fame and recognition. Despite the fact that she is an active user of social media, she has not been involved in any scandals that have jeopardized her personal or professional life. She has always maintained a healthy balance between her two lives. However, she is always on the news whenever she performs her song.

Catie Offerman has only recently begun her career in the music industry, but she already has a large number of fans and followers. According to the source, because she has only recently begun her career, there is no information on her net worth in 2022. She has kept her income, net worth, and other valuable belongings private from the media. She makes a fortune and lives a luxurious lifestyle by working on her music and advertising.

Catie Offerman has not revealed her height or weight to the media. Similarly, she has kept her physical measurements such as hips, waist, and chest sizes are hidden. According to the photo she posted, she has a slim and curvy body type with a charming and attractive personality. She has blonde hair and brown eyes.