Catie Turner at present is possibly single. She has not shared the details regarding her current affair or boyfriend.

But when she was on American Idol S16, she met another contestant named Zachary D’Onofrio aka Zach. They got attracted to each other and started their romance.

But later in 2021, she unfollowed him on her Instagram and posted a post about his betrayal on TikTok. She moved on with her life by creating a bio on the dating app Bumble. 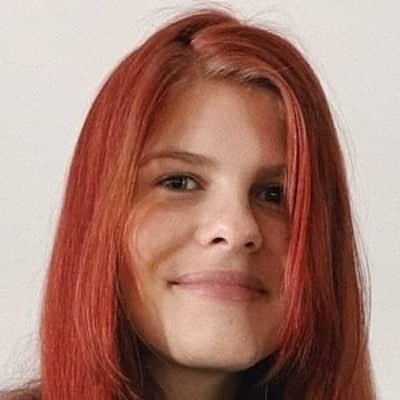 Who is Catie Turner?

Catie Turner is an American singer and songwriter. Catie Turner grabbed the attention after participating in the American Idol Season 16.

Her released EPs The Sad Vegan and Heartbroken and Milking It was loved by the listeners. She is an expert in pop and India-rock music genres.

Her birthdate is 14 Feb 2000 and she was born in Langhorne, Pennsylvania, the United States as Catherine Virginia Turner. The name of her mother and her father’s identity is unknown.

Further, Catie Turner’s ancestry is Caucasian and as per her academics, she was at Neshaminy High School.

Catie Turner was at the season 15 of American Idol audition but was not selected. She tried for the second time for season 1s and got in for the competition singing the “21st Century Machine” song.

Unfortunately, she did not win but was in the top six. The songs she sang in the show were “Come Together”, “Bad Romance”, “Take Me to Church”, “Once Upon a Dream”, “Oops!… I Did It Again”, etc.

Catie now has released two Extended Plays. Her first project The Sad Vegan came out in 2019 followed by Heartbroken and Milking It in 2021.

By 2022’s sources, she has an estimated net worth of $500 thousand. However, her yearly salary is not yet stated.

This American Idol fame singer is keeping herself away from scandals as well as rumors.

Catie Turner’s height is 5 ft 9 inches and her body weight is in average shape.

On top of that, she has light brown hair and eyes in brown color too.

Catie Turner is officially present on social sites such as Instagram with over 303 thousand followers.

Moreover, she is followed by around 394.4k people on TikTok.