Caylee Cowan is an American actress.She is low-key about her love affair.

Caylee Cowan is currently single. Also, she has not been linked with any other celebrities. She is currently focusing on her career rather than being in a relationship. She is a beautiful girl and she will definitely get the one that matches her. 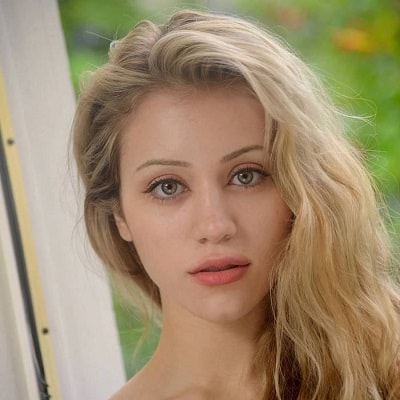 Reading a play is very different from experiencing a performance of a play. Great playwrights speak with different voices which you can pick up on when its just you and the words.

The camera is indifferent. It's just like a mirror. It reflects what you give.

P-C: That's so interesting! Like you said, this is your first feature film. What surprised you the most about the experience?

Who is Caylee Cowan?

Caylee Cowan is an American actress. She is popular for her performance in ‘Sunrise in Heaven’, and ‘Year of the Detectives’.

She is also a book lover and owns over 1,500 books in her personal library.

She was born on March 19, 1998, in Los Angeles, California, USA. Her birth name is Catherine Caylee Cowan. She belongs to Russian-Jewish descent from her father’s side and English, German, and Spanish on her mother’s side. But, she is estranged from her biological father.

Moreover, she has two biological brothers and two step-sisters. One of the brother’s first children is named after her; Allura Caylee Cowan.

Caylee holds American citizenship and her ethnicity is mixed (Russian-Jewish-English-German-Spanish).

She attended high school in Phoenix, Arizona, and graduated from there. After that, she took acting classes at the Arizona Actors Academy.

After graduation, she began performing in theatres. She made her appearance in ‘Three Sisters’ by Anton Chekhov, ‘The Glass Menagerie’ by Tennessee Williams, ‘Danny’ in the ‘Deep Blue Sea’ by John Patrick Shanley, and ‘Miss Julie’ by August Strindberg.

After that, Caylee Cowan has made her way to Hollywood, California at 18 years old in order to pursue acting as a career. She auditioned in Los Angeles for a role in ‘Chilling Adventures of Sabrina’ (2018).

She debuted her film career in June 2018 after she appeared as Jan Hurst in ‘Sunrise in Heaven’. In the October of the same year, she was cast as Holly Martins in Year of the Detectives. Also, she was considered for the role of Alaska Young in ‘Looking for Alaska’ in 2019. Similarly, she made a small appearance as a waitress in ‘Lethal Weapon’ (2016).

In addition, she began painting in 2018 and has completed 3 paintings: a sunflower, a self-portrait, and a woman

It seems Caylee has not been awarded and nominated for her work to date. Since she is in the initial phase of her career, hope, she will win awards and nominations in her name.

She might have accumulated a huge sum of money from her career however, she has not disclosed her exact salary, and income. As of 2022, she has an estimated net worth fo $800k.

Caylee has been successful in keeping herself far from rumors and controversies in her personal and professional life.

Caylee Cowan has a height of 5 ft. 6 inches and has green eyes and blonde hair. Her body measurement is 34-24-37 inches. Her distinctive feature includes full lips.

Tags : American Actress Sunrise in Heaven Year of the Detectives