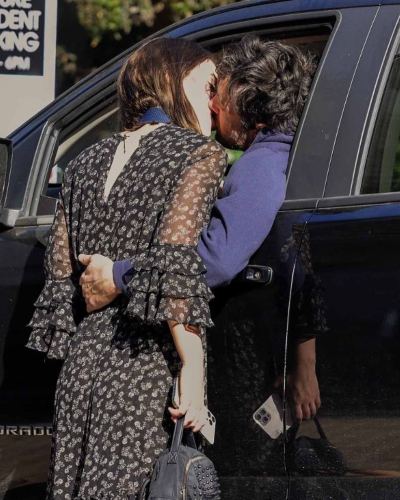 Caylee Cowan and Casey Affleck are officially an Instagram couple! The couple made their new romance Instagram official with a selfie of the pair giving blood during a local drive. Casey gushed about his lover on 25th November 2021 and said,

“@cayleecowan showed up. She is not on the Love’s active [baseball team] roster, but she is MY Love, and she ALWAYS shows up when it counts… However Caylee is usually unenthused about needles, blood, etc, and though she believably feigned nonchalance all the way to the donation location, once on the table with her sleeve rolled up,”

He also praised some of his loved teammates and their significant others who donated blood to the nonprofit organization. They made their relationship official just days after being spotted getting cozy together during an outing in Los Angeles on 23rd November. They were seen packing on the PDA which they were seen holding each other close and passionately sharing a kiss.

Who is Caylee Cowan?

Caylee Cowan was born on 19th March 1998 in Los Angeles. She is an up-and-coming actress who is working in pre and post-production Frank and Penelope, Spinning Gold, Geo, Holiday Twist, Prom Night, Our Summer of Song, and Life in LA.

Caylee has studied at 11 different schools and graduated a year early from high school. Likewise, she performed at the Valley Youth Theater in Arizona and began attending acting classes in October 2019. Talking about her family, she has two older biological brothers and two older stepsisters making her the youngest child.

Cowan developed a passion for acting from reading books but due to her dyslexia, she could not read until third grade. She said,

“Growing up, I had dyslexia and missed a lot of school. By the time I entered high school I was a math and science credit ahead of grade level. Then, I graduated early to pursue acting.”

Caylee Cowan is an American actress. She is popular for her performance in Suprise in Heaven and Year of the Detectives.

She is also a book lover and owns over 1,500 books in her personal library. Read more bio…

Bader Shammas and Lindsay Lohan are engaged! Who is Bader Shammas?
Tags : Actress Year of the Detectives