Cazzu whose real name is Julieta Emilia Cazzuchelli is a rapper, singer, and composer from Argentina. Cazzu currently appears to be single. 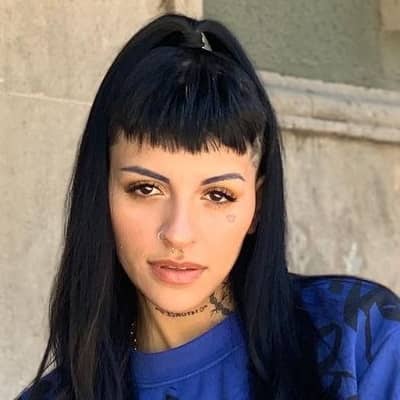 Cazzu whose real name is Julieta Emilia Cazzuchelli is a rapper, singer, and composer from Argentina. The rapper rose to popularity for her single “Loca” where she collaborated with Khea and Duki.

Recently, her song for Netflix’s Kingdom has been released and that has already gone viral. The official video was released on her YouTube channel where she has garnered over 3.3m views till now.

Cazzu was born on the 16th of December 1993, in Ledesma, Argentina. As of 2021, she is 27 years old and her Zodiac sign is Sagittarius. She holds an Argentina nationality and belongs to Argentine ethnicity.

Talking about her academics background, she studied cinematography in Tucuman and graphic design in Buenos Aires Province.

Cazzu doesn’t have won any awards to date. She has been nominated for numerous awards such as MTV Millennial Awards, Premios Juventud, Garddel Awards, Latin Grammy Awards, and more.

Cazzu has managed to maintain a clean profile till now. She hasn’t been part of any rumors and controversy that create headlines in the media.

Cazzu might have accumulated a decent amount of wealth throughout her successful career. However, she hasn’t revealed her actual net worth, salary, and other earnings in the media as of 2022.

She has black hair color and often does an experiment on her hair. Likewise, she has brown pair of eyes.

Similarly, she has a verified Tiktok account with over 5.4m followers. Cuzz has a YouTube channel under the name CAZZU Canal Oficial where she has over 4.62m subscribers.