Updated On January 26, 2023 | Published By: shahid | In controversy , Entertainment
Share this 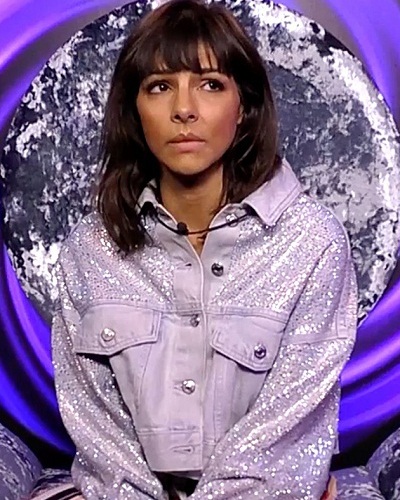 The reality TV star Roxanne Pallett was out of action since her appearance on Celebrity Big Brother where she had falsely accused her fellow contestant Ryan Thomas of having punched her.

But now after nearly a 7 months gap, she returned to her social media. It was the first time she posted a message to defend musical legend Michael Jackson who was shown in a negative light in the new documentary named Leaving Neverland.

There was no news of the Celebrity Big Brother’s notorious participant Roxanne Pallett after her punch-gate scandal. She had made a false accusation against her co-contestant Ryan Thomas stating that he had punched her.

The producers had to give Ryan a formal warning. But the truth came out and she got a backlash from the viewers of the show.

After the show, Roxanne told the host Emma Wills that she had watched the film again and was embarrassed by her actions. She also stated that she was the most hated girl in Britain.

She had disappeared in between and no one knew what she was up to. But now Roxanne has made her presence known when she posted a message on her social media to defend Michael Jackson against whom some allegations were made in the new documentary called Leaving Neverland which aired recently.

Roxanne Pallett and her message on social media

The Emmerdale actress Roxanne uploaded a picture of a singing Michael Jackson on her social media for her 46.6k fans and captioned it:

“Just because you read it in a magazine or see it on the TV screen, don’t make it factual…” (Lyrics:Tabloid Junkie) #michaeljackson #mjinnocent #mjfam”

The new documentary on Michael Jackson and its contents

The graphical allegations of the two men against the King of Pop left people who watched the documentary’s first part sickened. In the footage, the men named James Safechuck and Wade Robson are telling their story about Michael Jackson.

Michael Jackson’s fans are angry and outraged with the TV film. The detailed account of the sexual assault disturbed the fans and viewers of the show. Many of them took to Twitter to express how ill they felt after watching the documentary. One of the viewers wrote:

“This is actually turning me sick Leaving Neverland.”

“Feel physically sick watching this and hearing this. Knowing I have a little boy and knowing these boys went through this is sickening.”