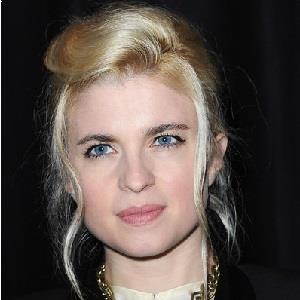 Cecile Cassel was involved in a relationship with French Actor Gaspard Ulliel from 2005 to July 2007. There is no further information regarding her relationship affairs that she has been involved in. At present, she is believed to be single.

Who is Cecile Cassel?

Cecile Cassel is a French actress and singer. She has appeared in a number of films and television series. Additionally, she is also a recording artist using the stage name HollySiz.

Cassel was born in Paris, France on June 25, 1982, as the daughter of Jean-Pierre Cassel. Additionally, she is the half-sister of actor Vincent Cassel and MC Mathias Cassel.

She is the half-sister-in-law of Monica Bellucci. Most of the information relating to Cassel’s early life and childhood years is not available at present. She is of French nationality. Furthermore, she has not revealed her ethnic background at present.

Talking about her education, there is no detailed information regarding Cassel’s educational background.

Cassel initially appeared as Julie Fresnay on ‘Le grand patron’ in 2000. Later, she also appeared in ‘Vertiges’, ‘Salut la vie’, and ‘La vie sans secret de Walter Nions’ in 2001. Since then, Cassel has appeared in numerous other movies and television series and she has 50 credits as an actress.

Some other movies and television series Cassel has appeared in are ‘Two Is a Family’, ‘Paris à tout prix’, ‘The Gilded Cage’, ‘Just Like Brothers’, ‘Leila’, ‘Nuit bleue’, ‘Sword of War’, ‘Je vais te manquer’, ‘My Last Five Girlfriends’, ‘Ex’, ‘The First Day of the Rest of Your Life’, ‘The Romance of Astrea and Celadon’, ‘Foon’, ‘Everybody Is a Killer’ and ‘Sex and the City’ among others. Additionally, she also has a credit for a soundtrack.

Cassel has not revealed her current salary. Furthermore, there are no details regarding her present net worth.

Cassel has successfully kept her life away from the mainstream media spotlight. To date, she has not been part of any notable controversies. Currently, there are no rumors concerning Cassel’s life and career.

There are no details regarding Cassel’s height and weight at present. Her hair color is blonde and eye color is blue.