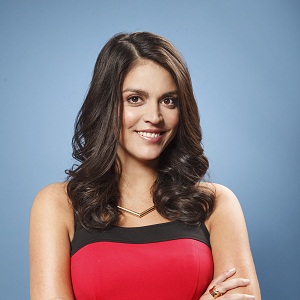 I'd like to be reincarnated as a French tart. They're so beautiful and delicate - they're like my opposite. I'm more of a comfort food: goat cheese with garlic

I think of myself as kind of a hippy. Everyone around me says that's not the impression they get. They think I'm sassy. Apparently, I think I'm nicer than I really am

My drama instructor suggested I try comedy. I was resistant at first because I considered myself a serious actor, but of course I fell in love with it.

One of the good-looking, eye-catching actresses, Cecily Strong was in a relationship with Michael Patrick O’Brien in 2013.

But currently, she is single. Cecily Strong has kept her personal life private and out of the spotlight. She usually doesn’t talk about her private life in media and public. about her married life, affair, boyfriend, and spouse till the present time.

Who is Cecily Strong?

Cecily Strong is one of the most attractive American actress, voice actress, and comedian. She is known for her role as a cast on Saturday Night Live in 1975. She is also known for her latest movies like “Ghostbusters in 2016 and “The Boss” in 2016.

Cecily Strong was born on born February 8, 1984, in Springfield, Illinois, USA. Her nationality is American and ethnicity is mixed(English, German, Scottish, Swiss-German, Italian/Sicilian).

Cecily Strong’s parents are divorced. Her father Bill Strong was Associated Press bureau chief at the Illinois Statehouse. There is no information on her siblings.

She was also graduated from the California Institute of Arts with a BFA in Theater. After her graduation, she studied  Second City Conservatory and iO Chicago. iO Chicago is a theater training center in the USA.

She was starred in “cruise ship with fellow Second City members for four months”. She took a part in  Chicago Sketch Fest, Chicago Just for Laughs, New York Sketchfest, the Edinburgh Fringe Festival, the Goodman Theater, Bailiwick Theater, and the Mercury Theater. On September 15, 2012, she was a part of Saturday Night Live.

Then Saturday Night Live was a hit by the acting skills of her role: “The Girl You Wish You Hadn’t Started a Conversation With at a Party”. In 2015, she was featured in the White House Correspondents’ Association dinner. She took some shots from the US Secret Service, host location the Washington Hilton, Brian Williams, Sarah Koenig, and the state of Indiana. She was featured in a commercial for Old Navy in 2016. She joined a show called  Years of Living Dangerously.

Cecily Strong: Salary and Net Worth

Cecily’s net worth is $1 million and her salary is unknown.

Being one of the most attractive actresses, Cecily Strong regarding her, there were some rumors that Cecily Strong is pregnant and she is getting fat day by day. Unlike others, she has neither been in rumors nor suffered a controversy in her life.