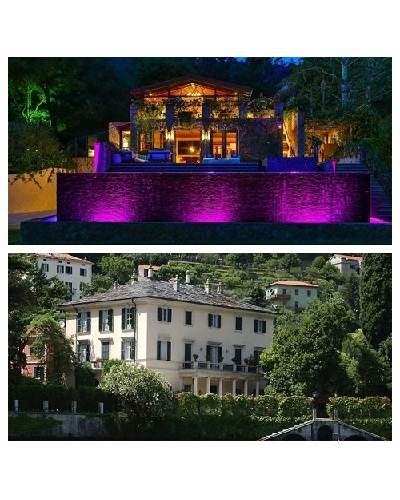 Everybody wants to have a lifestyle like a celebrity. They dream of having the same things that the celebrity have. people like celebrities’ fashion and luxury lifestyles because they are different than us normal people.

Are you curious about different celebrities the houses and their price? Let’s know about the 11 celebrities’ homes and what is it worth?

American George Clooney is an actor, film director, producer. His house Villa Oleandra, located in Laglio, Italy, worth is $100 million. It was built on the side of Lake Como, in the 18th century.

American George Lucas is a film director, producer, writer, and entrepreneur. In 1974, he purchased a 4,700-acre Skywalker Ranch and spend around $100 million to rebuild it.

Famous American actor and producer Tom Cruise is one of the highest-paid Hollywood actors. He has a 10,000 sq. ft. house, outside of Telluride, Colorado. Its worth is $59 million.

American Tiger Woods is a professional golfer. His beautiful, 10,000 sq. ft mansion on elusive Jupiter Island is worth $54.5 million.

Popular Supermodels Cindy is also an actress and television personality. Her 5,500 sq. ft. home with pool, beachfront Malibu compound, worth is $50 to $60 million.

American Ellen DeGeneres is a comedian, television host, and producer. Her  10,000 sq. ft. stunning Santa Barbara estate worth is $45 million. She bought this villa at a cost of $26.5 million in 2012.

Also read: Celebrity Couples Who Were Set Up On A Blind Date! Some Got Married As Well…

P. Diddy AKA Sean Combs is an American rapper, songwriter, record producer, and entrepreneur. In 2014, he built a 2-story, Europian-style villa in Holmby Hills, CA. It is worth $40 million.

Dr. Dre AKA Andre Romelle Young is an American rapper, record producer, and entrepreneur. He purchases 14,000 sq. ft. prime real estate, located in Brentwood, CA, from Gisele Bundchen and Tom Brady. It is worth $40 million.

American Lori Laughlin is an actress and producer. She is trying to sell her 12,000 sq. ft. located in Los Angeles, CA, at $35 million.

Also read: What are these 5 celebrities’ favorite gadgets?