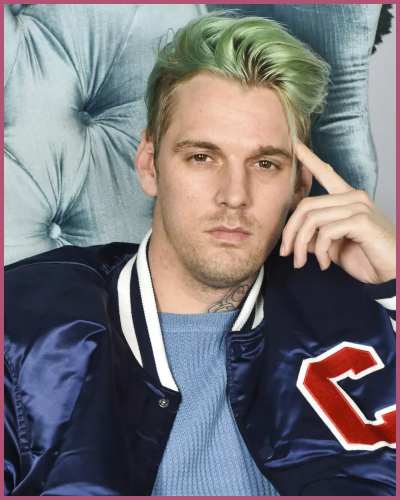 It’s a heart rendering moment for the Music world! Another legend Aaron Carter goes too soon.

Who was Aaron Carter?

Aaron Carter was the former child pop star whose self-titled debut album rocked the world in 1997. He was the celebrity younger brother of the Backstreet Boys‘ Nick Carter.

He was the reality Tv star who appeared alongside the short-lived 2006 E! reality show House of Carters. The musician had released famous albums Aaron’s Party (Come Get It) (2000), Oh Aaron (2001), and Another Earthquake! (2002).

In addition, he was the season 9 contestant of Dancing with the Stars in 2009 and stood 5th with partner Karina Smirnoff. His famous singles were That’s How I Beat Shaq and I Want Candy.

Also, Read RIP Leslie Jordan! Actor, 67 crashed his BMW while driving to the set of ‘Call Me Kat.’

The former child pop star Aaron Carter was found dead Saturday morning at his home in Lancaster, Calif around 11. a.m. Many celebs are expressing their sorrow at the death of a star who released a 3X platinum album at 13.

“Fame at a young age is often more a curse than a blessing and surviving it is not easy. RIP Aaron Carter.”

One Tree Hill actor Tyler Hilton who had known the late artist for years after the Pop2K Tour in 2019 shared on Twitter,

“Known him for years and always really liked him, he was warm and really funnyLoved putting on a show and he was good at it. I’ll find some pics of us and post more later… damn RIP budddd.”

“Sending love to the family and friends and fans of #AaronCarter. Rest In Peace!”

Disney alum Christy Carlson Romano also expressed her sorrow to the star who left behind his fiance Melaine and 11-month son by writing,

“Incredibly sad about the passing of Aaron Carter. My thoughts and prayers go out to his friends and family.”

In his Instagram Stories, Billy Gilman shared a throwback picture from their youth recalling his memory with Aaron Carter adding,

“I am gutted by this one. You were truly a musical genius, and I could never just be that.”

“We are shocked and saddened about the sudden passing of Aaron Carter. Sending prayers to the Carter family. Rest in peace, Aaron.”

Loni Love also tweeted condolences to the family of Aaron,

“Met Aaron Carter in 2018, funny, talented and cool. I felt that he was trying….he really was just trying to be happy. I’m sorry to hear of his passing.. Condolences to his family and fans.”