Updated On March 6, 2022 | In Interesting Facts , Net Worth
Share this 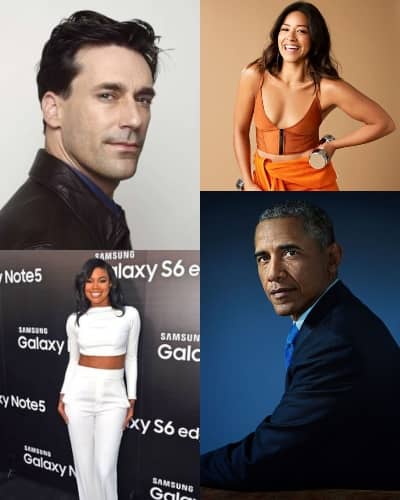 Financially we all may not be the same, we all have our own problems. Not only us but even celebrities may not be financially stable. Even if you are famous you have to tackle finance and loans. Famous people also have students loan for their studies.

These are some celebrities who struggle with their student loan.

Until Jon started landing acting jobs more than 10 years after he graduated, he wasn’t able to pay off his student loan debt. He went to the University of Missouri and The University of Texas at Austin to complete his degree. He has empathized with students, saying accessibility to higher education should be improved.

“I went to three universities in four years, and I had financial aid at all, It wasn’t that long ago I was dealing with the stuff you guys are dealing with.”

“I went to a public university that my parents helped pay for, and we supplemented with student loans. And I was out of debt by the time I was 30. And I deferred a few times.”

In 2013, he spoke about his loan of higher education, he said,

“I was in my 40s when we finished paying off our debt. And we should have been saving for Malia and Sasha by that time.”

His current net worth is around $70 million.

The former first lady of the United States Obama went to Princeton University, Harvard Law School with her husband Obama. While speaking at a women’s leadership conference Obama talk about her student loan.

“The first thing was that I hated being a lawyer, I wasn’t suited to the work. I felt empty doing it, even if I was plenty good at it. This was a distressing thing to admit, given how hard I’d worked and how in debt I was. In my blinding drive to excel, in my need to do things perfectly, I’d missed the signs and taken the wrong road.”

The US Representative become the youngest American woman ever elected to Congress in order to have a shot at healthcare and paying off her loans. She attended Boston University College of Arts and Sciences.

“I have student loans, too, I think it’s so funny, a year ago, I was waiting tables in a restaurant and it was literally easier for me to become the youngest woman in American history elected to Congress than it is to pay off my student loan debt.”

Her net worth is more than $1 million.

The Tv actress Gina Went to New York University. She took more than 10 years to repay her student loan debt.

“College education is so expensive, but it’s so necessary. I would never change it for the world but yes, it took me way too long.”

The Fantastic four actor joined New York University. He revealed that he borrowed $100,000 in the student loans.

“My business manager says the interest is so low, there’s no sense in paying them off. I can if I want to have that badge of accomplishment, but until then I still very much have my NYU loans.”

The TV actress has complete her degree from the University of California, Los Angeles. She worked while she was studying, and that helps her to avoid some sort of debt.

“I want people to know the work that it took to get through UCLA, that I had student loans and worked. I was eating Top Ramen and lived well below my means. Now that it’s time to get married to a man who happens to play basketball and has done well for himself, I want to make it clear that I have in no way hitched my wagon to his star. I have my own wagon and star.”