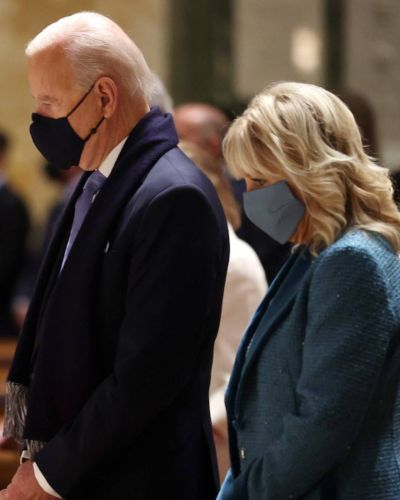 President-elect Joe Biden arrived in the nation’s Tuesday evening for an inauguration eve ceremony at the Lincoln Memorial. He honored nearly 400,000 people who have died during the Covid-19 pandemic.

Afterward, the ceremony had several performances from many legendary singers and poets. So you know which celebrities attended the inauguration?

The Hollywood famous singer John Legend attended the inauguration with his wife Chrissy Teigen. Also, the couple matched with a long coat for the ceremony.

Lady Gaga and her boyfriend Micheal

The famous singer Lady Gaga performed at the Inauguration. During the performance, she wore a black body-hugging top with a big red skirt. Moreover, she came to the event wearing a white long coat pairing with a white turtle neck. Also, she completed her look with a white mask and a big gold chain. Her boyfriend, Michael Polansky also joined her for the ceremony in an all-black outfit.

Another famous singer J Lo also performed at the ceremony. She arrived at the ceremony on a white long coat with pearl jewelry and a white purse. Moreover, she completed her look with a white hat and mask. Her boyfriend Alex Rodriguez also joined the ceremony.

The famous country singer Garth Brooks was one of the celebrity attendees at the inauguration. He rocked an all-black look with a black shirt, tuxedo, and pair of black pants.

Two singers Justin and Ant also were one of the celebrity attendees. Timberlake and Clemons united for their performance on Better Days for the inauguration.

The famous youth poet Amanda Gorman also performed at the ceremony. he paired her white tops with a yellow suit. The poet completed her look with the high-bun and securing it with a big red band. For the jewelry, she wore a big ring and a hoop earring. 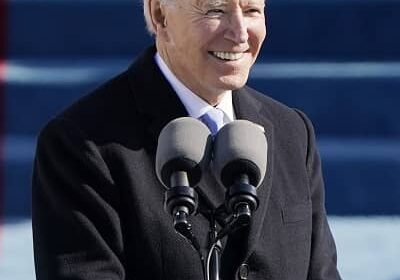