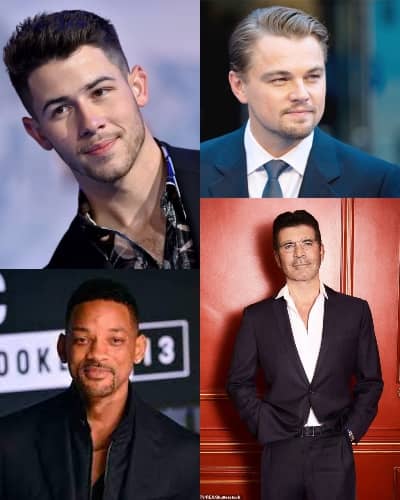 Dad bods are currently trending and popular among women. It is culture as a celebration of this particular type of physique. This body type is a cross between somewhat muscular and overweight physiques. Dad Bod is basically a pudgier version of a hot man. He’s got a great face, but some extra weight in the mid-section, but isn’t overweight.

Here are some celebrities with dad bods.

After marrying Priyanka Chopra, Nick has welcomed his new body. He seems completely comfortable with himself. He was seen in a boat in Miami sporting his new dad bods in a pair of short white swim trunks. While it’s clear that his abs are still definitely right under the surface of his belly.

Men in Black and Fresh Prince of Bel-Air actor Will Smith sparked the flames for the wildfire dad-bod trend across social media on May 2, 2021. He proudly shows his paunch and dad bod. He clearly admitted, and wrote,

He posted this shirtless mirror pic on Instagram showing his progress on what he calls the #dadbodychallenge after his initial post dedicating himself to the cause. Marlon sure was supporting Will Smith with his dad bod.

“Hey, @willsmith, posting my dad body/quarantine body too… f**** it! Wait a month… gonna post my transformation by my bday. I’ll have the best body of my life on 7/23/2021 stay tuned. #dadbodychallenge.”

The past year of spending an unnatural amount of time inside and away from society, pretty much everyone packed on extra pounds, and Leonardo also prefers parading around on private islands and yachts with his dad bods out for everyone to see. Now that he’s in his mid-40s, his dad’s body is showing and it doesn’t seem to be hiding anything for him.

Simon might have been the best judge of American Idol, but he was never well-liked by fans and contestants alike. However, Simon is now the doting dad, and he’s even a doting dad with a dad body to boot. He has lost at least 20 pounds since switching to an entirely plant-based diet, his body is still worthy of the dad-bod title.

Chris certainly has a dad bod and he’s a dad. Hemsworth spends less time in the gym and more time on the waves, and this helps him maintain his perfect dad bod. It seems like he is enjoying his bad bod. It seems as though he doesn’t have to look too far to find some inspiration either, as he regularly takes to the beach with his own dad in tow.

Vin has gained a reputation for his big muscles and his manly personality, but it seems as though he’s not always rough and ready. Recent paparazzi pics reveal that Diesel isn’t as ripped as he wants fans to believe. He was spotted on family vacations with his long-time partner, his three children, and some delicious food.

Dreamy musician John Legend has always been in good shape, but after having two children he decided to switch over to the dad bod shape. John is now the ultimate dad, and Chrissy has made no secret of the fact that he’s incredibly hands-on with the children and will always do his bit to look after them. As per some sources, John’s let himself go a bit while they’ve focused on raising children.

You may also like to read, Celebrities who became parents with the help of surrogates!