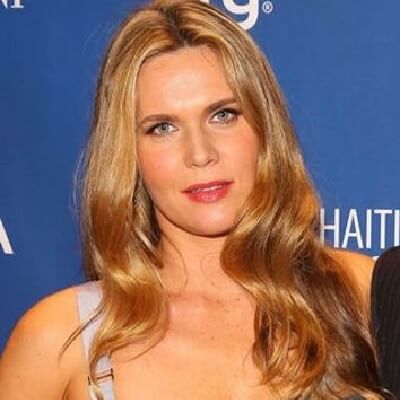 What is the relationship of Celia Walden?

Celia Walden is a married woman. She is married to Piers Morgan. He is a famous English broadcaster, journalist, author, and TV personality. Currently, he is a co-presenter of the ITV Breakfast program, ‘Good Morning Britain’.

The couple started dating in 2006. After more than four years of dating, the couple exchanged wedding vows on 24 June 2010. The wedding was a private ceremony in the Oxfordshire village of Swinbrook.

In mid-2011, the couple announced that they were expecting a child. On 25 November 2011, Walden gave birth to her first child, Elise Morgan. Piers has three children from his first marriage.

Who is Celia Walden?

Celia Walden is a British journalist, critic, and novelist. She is best known as the wife of the English broadcaster, journalist, author, and TV personality, Piers Morgan.

She was born to parents George Walden (father) and Sarah Hunt (mother). Her father is a British journalist, former diplomat, and former politician for the Conservative Party. He has also served as the Minister for Higher Education. She has two other siblings but has not revealed their names. She spent her childhood days in London. Her ethnicity is English.

Talking about her educational background, she attended Westminster School. After graduating from there, she joined Cambridge University.

Celia Walden first appeared in the national headlines for her relationship with the famous Piers Morgan. She is now an accomplished feature writer and former gossip columnist. Moreover, she was also the last editor of The Daily Telegraph’s ‘Spy’. Previously, she also wrote for the Daily Mail and the Evening Standard and the Daily Mail. In 2008, her first novel, ‘Harm’s Way’, was published.

Walden published her memoir titled ‘Babysitting George in 2011. It was about her time with the legendary footballer, George Best. The book was a subject of wide controversy.

Walden has previously been part of controversies. On 24 March 2011, she wrote a column in The Daily Telegraph in which she expressed her hatred of cyclists. At the end of her article read

“[…] and of course this lot are so confident on the roads that they will all be plugged into their iPods, calmly humming ‘lalalalala’ along to Sasha Distel as that articulated lorry indicates left”.T

The article was a subject of controversy and was published in the same week that a cyclist in central London had been tragically killed by a heavy goods vehicle turning left into her path.

The year proved to be more controversial as her memoir, Babysitting George, about her time with footballer George Best became a subject of controversy. Best’s widow, Alex criticized the book as largely fictional. She also threatened legal action against the publisher, Bloomsbury Publishing.

“I am most angry for George because he is not here to defend himself. It just didn’t happen that way. George would be absolutely livid. He only ever spent a few days with Celia at most and had no rapport with her at all. I did tell Celia it was wrong before publication, and she told me she would put something in the front of the book saying it had all happened ‘to the best of her memory. In the end, though, she didn’t and she even thanks me for my ‘continuing friendship’ in the first pages even though she hadn’t seen me for eight years”

Walden stands at a height of 5 feet 3 inches. She has blonde hair and a pair of green eyes. However, she has not revealed her weight and other body measurements.

You may also like to read the Bio, Career, Body Measurements, Net Worth, Social Media, Relationships, and more about Krystal Ball, Anne Gust, Piers Morgan, and more.