Celia Weston is an American actress best known for her role in the movie Dead Man Walking and CBS sitcom Alice. She is currently single.

She likes to keep her personal life private.

During her early age, she defied her family’s wish to ‘marry well and complete my silver service. 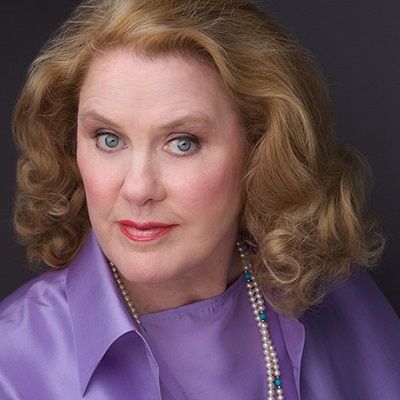 ''My goal has always been to make a living and to have the respect of my peers. It's never been about stardom. It's about a good and challenging part.'' ''The great lesson in theatre is that you live the story every night, and that is a wonderful vehicle for getting to the richest places in a performance or investing a character with the richest life.'' '

Who is Celia Weston?

Celia Weston is an American actress best known for her role in the movie Dead Man Walking and the CBS sitcom Alice.

Weston is recently working in the post-production of the upcoming American drama The Secret: Dare to Dream and also playing the role of the character Bobby in the movie.

Celia Weston was born on December 14, 1951, in Spartanburg, South Carolina, US.

She attended high school at the Spartanburg Day School, Spartanburg, South Carolina, and graduated in 1966.

She did an art and psychology major at Salem College in Winston-Salem, North Carolina.

Weston first began her acting career in stage performance. She played the debut role of Maraya in the drama entitled Loose ends.

Following her prime theater role, she appeared in The Lady From Dubuque, Garden District, Summer and Smoke, The Last Night of Ballyhoo, True West, and Marvin’s Room.

She was also a nominee for Screen Actors Guild Awards for Outstanding Performance by a Cast in a Motion Picture for her role in the movie In the Bedroom (2001).

Net worth of Celia Weston

Most of her earnings come from her acting career.

She earns approximately $51k annually as an actress.

Weston has green eyes with blonde hair. She is 5 feet and 8 inches tall.

You may also know about body measurements, net worth, and early life of Drena De Niro, Josh Pence, and Ray Diaz.