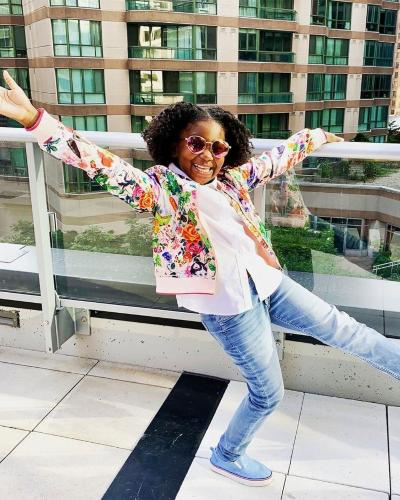 Celina Smith is going to play the main character of the little orphan girl Annie in the live musical Annie Live! On 24th August 2021, NBC announced that Celina will play the role. She was the cast member of Tyler Perry‘s Young Dylan. The upcoming musical will premiere on 2nd December during the Holiday season.

She joined Today Show on 24th August for the big announcement and revealed that she first found out she was cast as Annie after a long audition process that begins with a self-tape and a call. When she found out about she revealed,

More on her casting

She fits perfectly into the role as the casting call released by NBC stated,

“young, future star of any ethnicity to bring optimism, spunk, honesty and a wisdom beyond their years to the classic role an excellent voice with a strong high belt, great comedic timing and excellent dance skills.”

The other cast member of the show is Tituss Burgess as Rooster Hannigan, Taraji P. Henson as Miss Hannigan, Harry Connick Jr. as Daddy Warbucks and Nicole Scherzinger as Grace Farrell. Annie Live! will be directed by Lear deBessonet, produced by Robert Greenblatt and Neil Meron. Likewise, Alex Rudzinski is the television director and executive producer.

What is the age of Celina Smith?

Celina Smith is a 12-year-old actress who can sing and dance as well. She is the perfect one for the role. She has a YouTube channel that features cover songs of Billie Eilish and Meghan Trainor. Celina started singing at the young age of 7 as she attended AGI Entertainment’s performing arts classes in Marietta, Georgia.

Likewise, Smith has travelled across the USA in the national touring company of The Lion King as she appeared as Young Nala. For her work in Young Dylan, she received a Young Artist Academy Award nomination.

Also read Who Is Chloe Khan? Her Journey From X-Factor Rejection To Being PlayBoy Model And Millionaire!