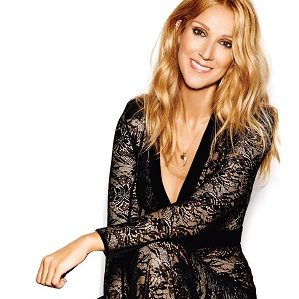 I don't know if the camera likes me, but I do like the camera

Some people can't stand being alone. I love solitude and silence. But when I come out of it, I'm a regular talking machine. It's all or nothing for me

The hardest thing to find in life is balance - especially the more success you have, the more you look to the other side of the gate. What do I need to stay grounded, in touch, in love, connected, emotionally balanced? Look within yourself.

Directed by her career she met music manager Rene Angelil. He helped her a lot to get in this position today. While in 1988, he kissed Dion after a show in Dublin. Their relation was hidden for several years. But the secret was disclosed after their 1994 wedding in Montreal’s Notre Dame Basilica.

They have a son together called Rene-Charles. She became pregnant with her second child but got miscarriage later she revealed that there were already four fertility treatments before the fifth round of in vitro fertilization finally worked, giving birth to twins, Eddy and Nelson in 2010.

Celine didn’t have an easy personal life, though. She had the miscarriage and there were five treatments done for the next birth. In 2016, her husband Rene Angelil and brother Daniel passed away within days of one another. For some time she had a career break during this period.

Who is Celine Dion?

Celine Dion, born in Quebec, Canada is a popular singer of all time. She is also engaged in business. Her birth name Is Celine Marie Claudette Dion.

She is loved by the audience for the album The Colour of My Love and the famous track My Heart Will GO On from the motion picture Titanic was also by her.

Celine Dion was born as the youngest of 14 siblings in rural Canada. She was born to Therese, a homemaker, and Adhemar Dion, a butcher.

Both of her parents were of French-Canadian descent. In spite of poverty, she was raised in a family who knew to love children and the melodious environment fond of music.

The five-year-old Celine had begun to sing in her parent’s piano bar called Le Vieux Baril’s” The Old Barrel”. And by the age of 12, she composes her own first song, “Ce N’etait Qu’un Reve”(It Was Only a Dream), which was also recorded with the help of her mother and brother.

The recording was sent to the music manager Rene Angelil, he was so impressed that he decided to make her a star. Amazed by her voice, he mortgaged his home to fund for her first record, La voix du Bon Dieu in 1981. This recording made the hit and made her an instant star in Quebec.

Later in the year 1982, she participated in Yamaha World Popular Song Festival in Tokyo, Japan, and won the musician’s award for “Top Performer” and Gold Medal for “Best Song”. She was the first Canadian to receive the gold record in France for the single  “D’amour ou d’amitie”(Of Love or Of friendship).

At the age of 18, she saw Michel Jackson performing and told Angelil that she wanted to become a star like him. She made her hits in 1990 with the breakthrough album, Unison, a duet with Peabo Bryson on the theme song of Disney’s Beauty And The Beast was fabulous, and other albums like “If You Asked Me To”, “Nothing Broken But My Heart”, “Love Can Move Mountains” ”The Last To Know” was among her hits.

At her concert in Incognito Tour, she injured her voice and she either had to undergo immediate surgery or do not had to utilize it for three weeks and she chooses the latter.

On the year 1996, she performed at the opening ceremonies of the Atlanta Olympics. However, when she recorded “My Heart Will Go On “, theme song blockbuster movie Titanic, she became omnipresent.it brought a whole new world of fans from around the world.

Celine Dion: Salary and Net Worth

She has a net worth of $800 million but her salary is not revealed yet.

It came out to hear suddenly after her husband’s death that she has moved on and only after a couple of months, an unknown source claimed that she is dating the drummer in her band.

Yes, this is later cleared that it’s just a rumor, it is claimed by a source that the thing about the date was 100 percent not true.

Celine has a height of 5 feet 7.5 inches. Her body weighs 53kg. She has blonde hair and brown eyes. Furthermore, there are no details regarding her body measurements.

Bold Is The New Beautiful!! This Fashion Statement Of Celine Dion Is Something You’ll Surely Not Miss To Watch