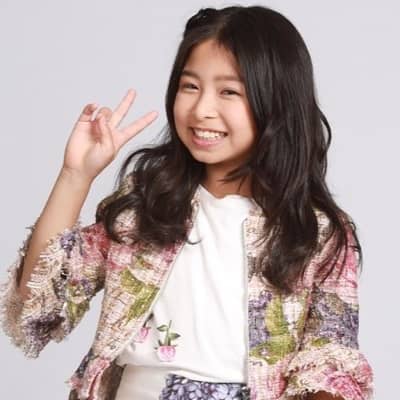 Celine Tam’s current relationship status is possibly single. Her age is too young to be in a relationship however, in the future, if she will date anyone then we will definitely update about it.

Who is Celine Tam?

Celine Tam is a talented child singer from Hong Kong. She is best known for her incredible vocals and appearing on season 12 of America’s Got Talent where she became a semifinalist.

Celine was born on November 22, 2007, in Hong Kong, China. As of 2020, she is 13 years old. Her Zodiac sign is Sagittarius. She holds a Hong Kongese nationality and Chinese ancestry.

Celine’s father’s name is Dr. Steve Tam who is a Chinese music teacher and the owner of singing academies in China. Her mother’s name is Jia Ming Shan.  However, she has also a younger sister named Dion who is 5 years old. Her parents named both of their daughters after the Canadian singer Celine Dion.

Being the daughter of a music teacher, she interested in the musical field where she prefers to sing at a young age.

A child singer is a year 3 student at Beacon Hill School in Pacific Palisades, California.

A talented girl has performed national and international events. She has also sung in many charitable events.  In her latest performance, she competed in the World’s Got Talent in china. She received a Golden Buzzer, which sent her to the Top 8 but she failed to make Top 2.

Celine started singing at the age of three years old. She began her vocal lessons with her dad where her dad helped her to become a singer. Her father has been a huge inspiration, guidance, and direction for her to pursue her dream.

At the age of 5 years old, she appeared on a program called ‘let’s sing kids’ in china. In the program, she performed a song by Secret gardens ‘you raise me up’ made by Josh Groban. After then, Celine performed ‘Let it go’ with pop singer Sheila Ozma at the Shanghai love Concert in 2014.

Later, she appeared in a duet with Jeffrey lee in the song ‘you raise me up’ on the NBC show little big shot after their duet the video went viral in 2015. Celine Participate in season 10 of Britain’s Got Talent. She passed the audition round but failed to the live shows so, she was not televised in that show.

In America’s Got Talent

At 9 years old, she appeared on season 12 of America’s Got Talent in 2017. In the auditions, she performed a song from the movie Titanic ‘My heart will go on’. The performance earned a standing ovation from the judges and audience and also select her for the judge cuts round. In the Judge cuts round, she gets the golden buzzer for her outstanding performances and sends her direct to the quarterfinals round.

Likewise, in the round also she made the crowd wowed and impress the judge with her performance then she went for the semi-final round. For the semi-final performance, Celine performed the Oscar-nominated song ‘How far I’ll Go’ from the Disney movie Moana.

At the time, her AGT edition Youtube video has been viewed more than 42 million times also being a top trending Youtube star of 2017 in Hong Kong.

Celine participated in the Japanese karaoke singing competition the Mozart musicking. She won consecutive challenges in the competition and also compete in the final round where she challenged the champion Hinata. Her performance was strong enough to win the battle and she became the champions of the show.

Celine Tam estimated net worth is about $100k-$5 million approximately of 2020.

Celine’s guidance and the instructor is her father. After Celine gets fame with her performances on the TV show AGT  her father gets criticize or allegations of cashing in on his daughter’s success.

According to the sources, Celine’s height is about 5 feet tall approximately and her weight is about 30kg. She has Black eyes color and hair as well.