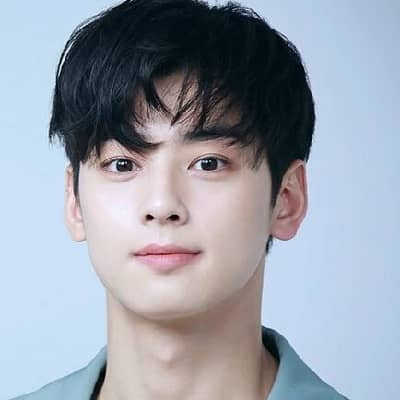 The good news for female fans is that this handsome actor is single. Also, there is no past and present relationship news of Cha Eun-woo.

If he has any girlfriend or dating a beautiful girl, he has not made it public yet. Hope this handsome will be in a relationship and marry soon which will help us to build some gossip for the near future.

Who is Cha Eun-woo?

Cha Eun-woo is a South Korean actor, singer, and model. He is famous for tv dramas like ‘Gangnam Beauty’, ‘Rookie Historian Goo Hae-ryung’, and ‘True Beauty.’ Furthermore, he is also a part of the boy band named, Astro. He works under the label of Fantagio.

Likewise, his birth name is Lee Dong Min, written in Korean as 이동민 and in Hanja as 李瞳旼. Similarly, his current name Cha Eun-woo is written as 차은우 in Korean and as 車銀優 in Hanja.

The details about his parents have not been disclosed till now. He has a younger brother who is studying in China. He walked in the path of acting and singing since his childhood. Cha plays musical instruments like guitar, violin, and piano.

Woo is of South Korean nationality and of Asian ethnicity. His birth sign is Aries.

Cha got his school graduation from Hanlim Multi Art School in the year 2016. Prior to that, he studied in an elementary school in the Philippines.

After that, he attended Suri Middle School and Suri High School. Currently, he is attending Sungkyunkwan University and he majors in performing arts.

Cha Eun-woo started his acting career with a huge interest. He works under the label of Fantagio. He played various roles in TV films making his debut as a Lee Dong-Min in the My Brilliant Life (2014), followed by To Be Continued in 2015.

Recently, his recent notable mention is, ‘Soul Plate‘, and ‘True Beauty‘. Furthermore, he is also a part of the boy band named, Astro.

Of all his illustrious career, he has an estimated net worth of a whopping $7 million.

Of all his numerous films, songs, and movies, he has won many awards and nominations. He has won the ‘Korea Drama Awards, and ‘Annual Soompi Awards.’ Likewise, he has Baek Sang Art Awards nomination to his name.

There are no rumors and controversies about this respected movie and the singer’s personality.

Cha Eun-woo stands 6 feet 0 inches tall and weighs 73 kgs. Besides these, his blood type is B. Furthermore, he has dark brown hair and brown color eye.