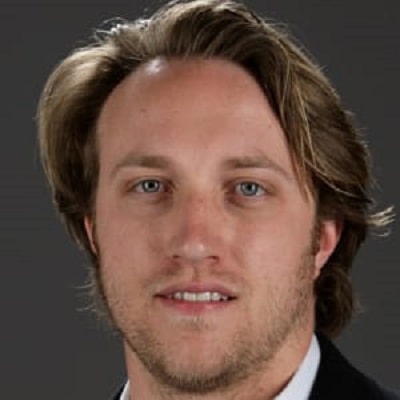 To some extent, being an entrepreneur is a lonely journey.

No matter what industry you're in, there will be naysayers. So you have to be your own champion.

YouTube is becoming much more than an entertainment destination.

Chad Hurley is a married person. He has been married to Kathy Clark since 2000. Kathy is the daughter of the Silicon Valley businessman named James H. Clark.

This couple is blessed with two children but they have not revealed the identity of their children. They all are currently living happily without any sign of divorce.

Who is Chad Hurley?

Chad Hurley is a famous American media mogul, co-founder and former CEO of the video-sharing websites YouTube and MixBit. He and Steve Chen sold YouTube for $1.65 billion to Google in October 2006.

He was born on Jan 24, 1977, in Reading, Pennsylvania, U.S.A. He was born as Chad Meredith Hurley to father Don Hurley and mother Joann Hurley. Chad has a younger brother named Brent Hurley and an older sister named Heather Hurley and they all were raised Birdsboro, Pennsylvania.

He holds American citizenship but his ethnicity is English-German.

Hurley was interested in computers and electronics from an early age. He won two of PIAA State titles in 1992 and 1994 while he was in Twin Valley High School and from there in 1995. After that, he attended the Indiana University of Pennsylvania and graduated from the same in 1999 with a Bachelor’s degree in Fine Arts.

During the initial phase of his career, he started working at the eBay’s PayPal division and became a team member who developed the original PayPal logo. Later, he along with his colleagues Steve Chen and Jawed Karim developed YouTube and the ideas were developed in early 2005.

They had difficulty sharing videos that had been shot at a dinner party at Chen’s apartment in San Francisco. Jawed shared that the idea came with Janet Jackson’s breast incident.

Jackson’s breasts were exposed during 2004 Super Bowl performance and later the 2004 Indian Ocean tsunami had occurred. He had difficulty in finding both the video clips online, which led to the idea of the video-sharing platform- YouTube.

The trio worked together and officially launched YouTube on February 14, 2005. After a successful year, they sold YouTube to Google Inc. for $1.65 billion and Hurley’s share was $345.6M at Google’s February 7, 2007. But he stayed in YouTube as a CEO until  October 2010. However, he stated he would stay on as an advisor.

After that, they launched MixBit which does video editing using smartphones, similar to Vine, Instagram, and Vyclone which can record clips a maximum of 16 seconds.

He has an estimated net worth of around $355 million and he has earned that sum of money from his professional career. Also, he earns around $4.5 million per year.

Hurley has been successful in keeping himself far from rumors and controversies in his personal and professional life.