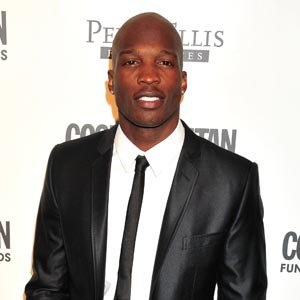 You're out there on an island all by yourself. All eyes are on you. Everything is magnified. All mistakes are seen. It's you. It's the position now, the position to play.

He's definitely a guy I look up to. He leads by example. He's a gifted and talented hockey player.

Tennessee is a very country-type state. Maybe I can practice on some type of country-western dance where they'll know what I'm doing.

What is the relationship of Chad Johnson?

Reflecting on the personal life of Chad Johnson, he is engaged to Sharelle Rosado.

The couple announced their engagement to Chad Johnson on 7th January 2023.

Selling Tampa star, 33, confirmed the news that the retired NFL player got down on one knee in front of friends and family on Saturday evening, January 7. Chad proposed to Sharelle when they were going to his early birthday celebration.

They are now living together and are expecting a baby girl. She shared the news in Aug 2021 by posting a lovely couple of photos of her and Chad where she was touching her baby bump.

Update: Her four-baby is a daughter, Serenity “Hurricane” Paula born in January 2022.

Previously, he was in a romantic relationship with Annalise Mishler. However, in March 2020, his girlfriend Annalise accused him of robbery and domestic violence.

He married actress Evelyn Lozada on 4 July 2012 but his married life couldn’t last long and got separated just after two months of marriage. They got divorced on 19 September 2012.

Who is Chad Johnson?

Chad Johnson is an American-renowned retired football player. He has played for different teams in the National Football League.

In 2010, he developed an iPhone game, Mad Chad with RockLive.

Retired professional footballer Chad Johnson was born in Miami, Florida. He was born on 9 January 1978. He is of African American ethnicity and has an American nationality.

His birth name is Chad Javon Johnson. His father’s name is Sam Brown and his mother’s name is Paula Johnson. As his father died on 17th January 2012. He has two sisters: Syleena Johnson and Chinita.

He was transferred to multiple colleges as different football teams attempted to recruit him each year.

He played for Santa Monica College and Oregon State University.

Talking about his career journey Chad, started playing football professionally in 2001 after being drafted by the Cincinnati Bengals in the second round of the 2001 NFL Draft. From 2001-2010, he played effectively for the Bengals, yet his triumphs on the field were frequently dominated by what many considered his “diva-like” conduct.

His propensity for bragging and his continual negligence of authority made issues for everybody. Even though he was named to the Pro Bowl group six times, the Bengals inevitably chose to release him for the better growth of their group. Then he was contracted by the New England Patriots, yet played for the group for not as much as a year before being given up.

He was marked by the Miami Dolphins in June 2012, yet he was discharged from his agreement in August in the wake of being captured for household manhandling against his existing star spouse Evelyn Lozada.

He changed his name to Chad Javon Ochocinco on 29 August 2008 and he changed it back to Chad Johnson in July 2012.

On 17 April 2014, Johnson signed a two-year deal with the Montreal Alouettes of the Canadian Football League. He was suspended by the Alouettes when he didn’t attend a mandatory training camp in the spring of 2015.

In 2017, he played one game for the Mexican team Monterrey Fundidores and scored a 41-yard touchdown reception to help Monterrey win the game. In 2016, he has also worked as a guest instructor for the Browns.

His success in his career path has paid him well making his salary around $925,000 per annum from Miami Dolphins. According to 2020 reports, his net worth is estimated to be $5 million.

He suffered controversy when he was mistaken for The Bachelorette contestant Chad Johnson by viewers.


Chad has a height of 6 feet 2 inches and weighs 87 kg. His hair color is black and his eye color is dark brown. His shoe size is unknown.