Chad Kroeger is a famous Canadian musician and producer. He is divorced. 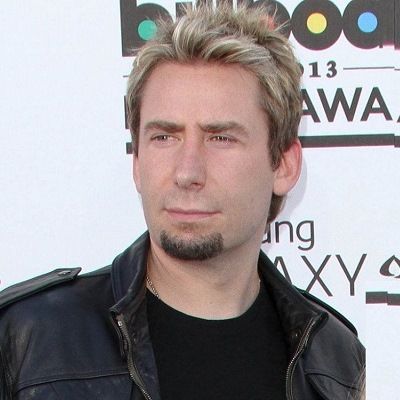 We thought about when we were selling 5,000 copies of our record a week last year, when all we wanted to do was start selling 150,000 records a week, right. And now that we're doing it, we don't even think about it, all we ever think about is time off! I think we'd almost give up one week's sales for one week off. Give up 100,000 records just to go to Hawaii.

We are four lucky bastards -- not a day goes by that I don't wake up and think, 'I'm thankful to be able to play music for a living. And to be heard.'

I will never put another human being in front of my band. Ever. Do you have any idea how hard it is to tell a woman you love that if it ever came down to her or the band, she'd be packing her suitcase? I mean, you never want to explain it quite like that.

If my music is fucking up your life, change the station, dude. At the end of the day, I'm just some guy who sings in a rock-and-roll band. I'm not Hitler.

Chad Kroeger is a divorced man, he married Canadian musician and producer, Avril Lavigne. The couple began dating each other in July 2012. Their relationship blossomed after they began working together in March 2012.

Lavigne and Kroeger got engaged in August 2012. The couple got married on 1 July 2013 and was separated on 2 September 2015. Avril announced this via her official Instagram account.

Who is Chad Kroeger?

Chad Kroeger is a famous Canadian musician and producer, best known as the lead vocalist and guitarist for the Canadian rock band Nickelback.

Chad Kroeger was born in Hanna, Alberta, Canada on November 15, 1974. His birth name is Chad Robert Turton and he is currently 47 years old. His father’s name is Wendall Turton and his mother’s name is Debbie Kroeger.

Chad’s father left the family when he was just 2. He has written about it in a later song. He was a very troubled child. The hatred towards his father made him adapt to his mother’s maiden name as his last name.

Talking about Chad’s education history, there is no information about his educational achievements.

Talking about his profession, in the early 1990s, Kroeger was part of a grunge cover band, The Village Idiots, with his cousin Brandon Kroeger and future Nickelback members bassist Mike Kroeger (his brother) and singer Ryan Peake.

In the year 1995, Kroeger, Peake, Mike Kroeger, and then-drummer Brandon Kroeger, formed the band Nickelback. Additionally, Kroeger has continued to record and tour with this successful band for more than 20 years.

During 2001, Kroeger, with the help of lawyer Jonathan Simkin, founded the band The Suits XL. On the next year, he co-founded the Vancouver, British Columbia-based 604 Records. Kroeger produced music for the band’s Default, Theory of a Deadman, and Bo Bice.

Similarly, in 2002, Chad Kroeger wrote and sang on “Why Don’t You & I” for Santana’s Shaman. However, when Arista decided to release the song as a single in Summer 2003, Kroeger’s label, Roadrunner, refused permission, citing concerns that Kroeger appearing on a “high-profile single”.

In the year 2007, Chad Kroeger worked with Santana for a second time, when he co-wrote and recorded guitar and vocals parts for a new song meant to appear on the compilation album Ultimate Santana. Besides that, Kroeger also recorded with Travis Tritt on his album The Storm.

Likely, Kroeger also wrote and played guitar on Bo Bice’s You’re Everything. Kroeger also featured on the Timbaland album Shock Value 2 with the song “Tomorrow in the Bottle”, which also features Sebastian.

In 2015, Chad suffered a throat infection, which later turned out to be a cyst, which was surgically removed. Chad was in between a tour at that time and the entire European leg of it was canceled.

He has an estimated net worth of around $80 million (as per 2022 data) and he has earned that sum of money from his professional career.

Her Ex-wife Avril’s net worth is calculated at $50 million.

Currently, this musician is far from rumors and controversies.

Chad Kroeger has a height of 6 feet 1 inch.

Additionally, he weighs 86Kg. Chad’s hair color is blonde and his eye color is blue.

Also, read the affair, salary, the net worth, controversy, and the bio of Johnny Gill, Kevin Jonas, Cindy Blackman Santana

Avril Lavigne is dating a billionaire! Know who is her new boyfriend?