Who is Chad Lindberg dating?

Currently, Chad Lindberg is in a romantic relationship with Selena Fara, an actress, and model. The duo has been seeing each other since 2006.

There is no further detailed info about their as well as past relationship with Lindberg. 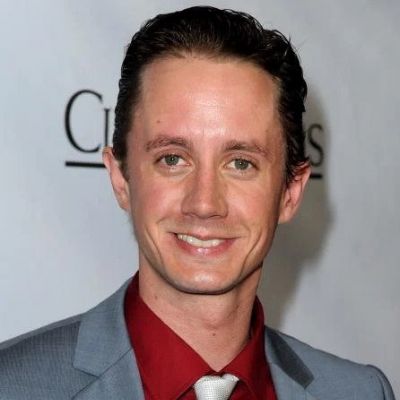 Who is Chad Lindberg?

Chad Lindberg is a popular American actor and host. He is famous for his role in ‘The Fast and the Furious, ‘October Sky’, ‘Sons of Anarchy, and ‘Supernatural.’ As a host, he co-hosted the television series, ‘Ghost Stalkers.’

Chad Lindberg was born in Puyallup, Washington, the U.S. on November 1, 1976. Lindberg is 45 years old as of 2022 and holds an American nationality. He maintains Caucasian ethnicity and Scorpio is his birth zodiac sign according to the astrologers. Chad Tyler Lindberg is his full birth name.

Chad Lindberg debuted his acting career by appearing in ‘Black Circle Boys’ as Rory at the Sundance Film Festival in 1997. After which, he began to appear as a guest on different popular shows including, ‘ER, Buffy the Vampire Slayer, and The X-Files.

He then went on to appear in movies. He portrayed Sherman O’Dell in  the 1999 American biographical drama movie, ‘October Sky.’ Later, he was cast as Jesse, a mechanic suffering from ADHD, in ‘The Fast and the Furious.’

Moreover, he played Ash in the American dark fantasy television series, ‘Supernatural.’ He was part of the documentary movie, ‘My Big Break’ directed by Tony Zierra which portrayed the early careers of Lindberg, Brad Rowe, Greg Fawcett, and Wes Bentley.

He made a guest appearance as Hicks in the episode of the American drama series, ‘The Cape.’ In 2015, he was cast in Marvel’s Agents of S.H.I.E.L.D. and he portrayed, Eric in the 2020 American drama film, ‘Four Good Days.’

Lindberg was more recently featured as Mike in the American drama Film, ‘List of a Lifetime 2021 which aired on October 10, 2021. It stars Kelly Hu as Brenda Lee, Syliva Kwan as Talia Carroll, Patricia Velásquez as Meg, including other actors and actresses.

Chad Lindberg has an estimated net worth of around 4 million USD. Moreover, Lindberg earns a salary of thousands of dollars maybe even a million which is not transparent.

Chad Lindberg has well-maintained his personal as well as professional life which has not indulged him in unnecessary rumors and controversies.

Chad Lindberg stands at the height of 5 feet 8 inches and weighs around 76 Kg. In addition, he has a pair of hazel eyes and brown hair.

Besides, he is also present on Tiktok which has garnered 471.8 K followers and 3 million likes up to date.