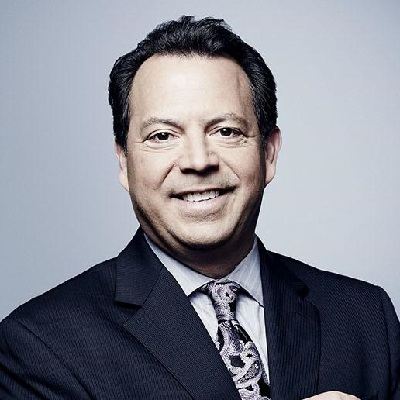 Chad Myers is a married man. However, he happens to be a very secretive personality and likes to maintain his secrecy regarding his personal life.

Till the date, he has not introduced his wife and children to the world.

Who is Chad Myers?

American Chad Myers is a Peabody Award-winning meteorologist and weather export. He is renowned as the weather anchor of CNN.

Currently, he is serving the channel as a weather anchor and severe weather expert in Atlanta, The World’s headquarters of the channel.

Chad Myers was born in Buffalo, New York. He celebrates his birthdate on the 15th of May. He is of British-Irish ethnicity.

Till the date, he has not shared any detail on his family background regarding his mother, father, and siblings.

Concerning his academics qualification, he is an alumna of the University of Nebraska. In 1987, he earned a bachelor’s degree with Honors in meteorology. Also, he holds the Seal of Approval from the American Meteorological Society.

During the junior and senior year of University, Chad Myers used to work for the Techniques Developmental Lab of the National Weather Service in Silver Spring. In the lab, he worked in developing computer systems for the AWIPS 90 forecast and NEXRAD radar.

After that, he joined the WTVR-TV as a morning and noon meteorologist in Richmond. Also, he was associated with KOLN-TV as the weekend weather and environmental reporter.

After that, he joined the KOCO-TV in Oklahoma City as the weekend meteorologist in affiliation with ABC.

After that, In October 1999, he joined CNN/U.S as a meteorologist and weather anchor. Currently, he serves the company as the weather anchor and expert in Atlanta. For the channel, he has covered stories like the Gulf War, BP Oil Spill, the 2011 Japan tsunami, the nuclear meltdown of the Fukushima Daiichi reactors, and Capping in the Gulf of Mexico.

Chad Myers has brown eyes with brunette hair. He has a decent height and weight.

Back in 2005, he had a heated on-air argument with the anchor Carol Costello during Hurricane Katrina reporting. As Carol kept interrupting him at the broadcast. Eventually, he lost his temper and yelled saying Let Me Talk Carol! After that, carol mentioned his name to encourage him to clarify the technical terms that he used in his report.

Also, in 2010 during an on-air interview, he stated that climatologists were reporting climate change in order to save their jobs. Also, he mentioned that they work with the government.

You may also read the bio of Jodi Saeland, Ben Aaron, and Mary Kay Kleist.

Get to Know the Career and Relationship of One of the Most Popular and Sizzling Hot TV Meteorologist, Indra Petersons