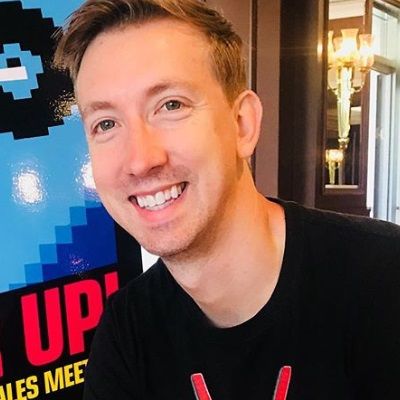 Chad Wild Clay is married to Vy Qwaint. Qwaint is a fashion, beauty, and lifestyle content creator on YouTube.

They married in 2015. They make videos together. They travel to different places together.

The couple has two children: son Rex born in May 2015 and daughter was born in March 2017.

Who is Chad Wild Clay?

Chad Wild Clay is an American YouTube star. He is known for his YouTube channel ‘Chad Wild Clay’. Clay makes challenges videos and DIY tutorials which helped him gain subscribers.

Chad was born on 10th March 1984 in Minnesota. He later shifted to Los Angeles, California. After that, in July 2015, he moved to Oakdale, Minnesota.

He has not revealed anything about his parents and siblings.

Chad is active on YouTube with 10.6 million subscribers. He uploads two times a day mostly. He uploaded his first YouTube video on 7th September 2010. It was iPhone Proposal in Movie Theater.

After that, he started making parody videos of different songs like No Common Sense Me, Booty Pop Song, Messy and I Know It and many others. His videos got millions of views.

Chad’s wedding video uploaded on 27th November 2011 got 17 million views. He mostly made a parody of Justin Bieber, Taylor Swift, Ellie Goulding, and others.

Chad also makes DIY challenge videos. Subscribers find his videos entertaining. He gets millions of views on his videos.

Chad has not been part of any rumors and controversy. He focuses on delivering unique YouTube content.

Chad has blonde hair and green eyes. He is 6 feet 4 inches tall.