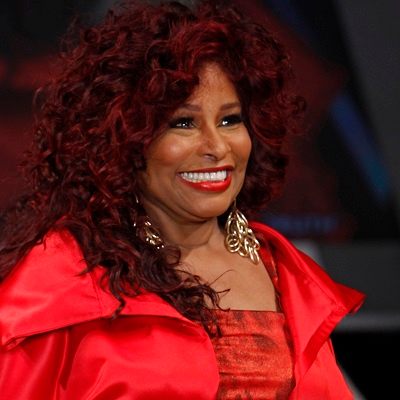 I control my life and I have never let success run away with me. I've taken it and ran.

The only thing that could threaten my stability is me. I'm my only threat and my own worst enemy.

In my thirties, I felt I had hold of one of the reins some of the time.

Chaka Khan is married to Doug Rasheed since 2001.

Previously, Khan tied the Knot to Richard Holland in 1976, and she filed for a divorce in 1980.

She was also married to Hassan Khan in 1970 at the age of 17. Later they divorced.

Who is Chaka Khan?

She is Queen of Funk known to as the lead vocalist of the band Rufus from the 1970s.

She was raised in Hyde Park with her four siblings: Taka Boom, Kathleen Burrell, Tammy McCrary, Mark Stevens. Khan was eldest among five in her family.

Her brother Mark Stevens is also a former funk group band Aurra member and he is also a musician.

She graduated from elementary school of Saint Thomas the Apostle Church.

In 1969, she dropped out of Calumet High School and Kenwood High School.

She also attended the Berklee College of Music to learn music.

When she was 11, she formed a girl group, the Crystalettes, along with her sister Taka.

She began to perform with Cash McCall’s group Lyfe, her first husband Hassan Khan was also a member of this group.

She asked to join the Baby Huey and the Babysitters band but the group was disbanded within a year.

In 1972, she was introduced to the band Rufus by replacing the singer Paulette McWilliams. Musician Ike Turner gives this band an opportunity to record at his studio Bolic Sound in Inglewood, California.

Released their eponymous debut album, released on the ABC Records label in 1973.

A song by Rufus Tell Me Something Good written by Stevie Wonder, be the hit song and reach at the top three on the Billboard Hot 100 in 1974. They also get Grammy Award from this song.

In 1979, she again reunited with Rufus for a song Do You Love What You Feel from the album Masterjam. She sang with Tony Maiden.

Khan’s solo career started when she sighed with Warner Bros in 1978. Released her first solo debut album Chaka and the first song I’m Every Woman written by Ashford & Simpson.

I Feel for You

1984, Khan issued a sixth studio album, I Feel for You. This song took her solo career into another level because it achieved great success and reached No. 1 in the U.K. The song reached No. 3 on the Billboard Hot 100 in December 1984, also remained on the chart for 26 weeks plus, it was No.1 on the Cash Box chart and won the Grammy Award for Best R&B Song in 1985.

Khan and her son, Holland had to pays more than $1.3 m to Christopher’s family and was discharged after two years of jury trial in May 2006.

What is Chaka’s Net Worth, Salary?

Khan’s net worth is approximately $ 30 m U.S. Her main income source is from a singing career.

The average salary of a musician or singer of the U.S. is around $39k the US, Chaka earns way more than that through her singing, endorsements, shows, and much more.

She has black hair and dark brown eyes. Her height is 5 feet 4 inches and weight is around 75 kg.

You may also like to read the age, parents, career, net worth, body measurement and social media of Whitney Woerz, Hwangbo, and Takeoff(Rapper).