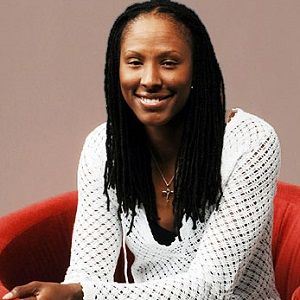 Reflecting on a personal life of Chamique Holdsclaw, she is possibly single. She came out as a lesbian and previously she was in a romantic relationship with Jennifer Lacy.

Besides that, there is no any information about her being in other relationships that we know of. Her personal life isn’t in the limelight as her career path is. There isn’t any solid proof which leads towards her married life and children.

Who is Chamique Holdsclaw?

Tall and beautiful Chamique Holdsclaw is an American well-known retired professional basketball player. She had played for different teams in the Women’s National Basketball Association (WNBA).

She used to play small forward position often wearing a jersey number 1. She is currently working as a Mental Health Advocate. She is also an author who has written a book “Breaking Through Beating the Odds Shot after Shot”.

Mental health advocate Chamique Holdsclaw was born in Queens, New York. She was born on 9 August 1977. She is of African American ethnicity and has an American nationality.

Once she took two-weeks leave suddenly to take care of her father and stepfather because they were ill.

Holdsclaw studied at Christ The King Regional High School where she has led her basketball team to four straight New York State Championship. She attended the University of Tennessee where she played college basketball under Coach Pat Summitt.

She helped her team to win three consecutive Women’s Basketball Championship in 1996, 1997 and 1998. She is also a member of Alpha Kappa Alpha sorority.

She was already earning fame as she was on the cover of SLAM Magazine and she was also pictured in a New York Knicks jersey. During her first rookie season, she was named the Rookie of the Year.

In 2002, she was forced to miss several games due to her ankle injury. On 21 March 2005, she was traded to the Los Angeles Sparks in exchange for DeLisha Milton-Jones. On 11 June 2007, she announced her retirement without giving any explanation for her sudden departure.

On 17 December 2008, she came out from retirement and played for Atlanta Dream. She was released from the team on 18 May 2010 and then she signed with the San Antonio Silver Stars. Holdsclaw is also a team member of the US national team that won a gold medal in 2000 Olympic.

Beside WNBA, she has played for different international teams including Ros Casares Valencia, TS Wisla Can-Pack Krakow, and Lotos PKO BP Gdynia. She is also an author who has written: “Breaking Through Beating the Odds Shot after Shot”. She is currently working as a Mental Health Advocate.

Chamique Holdsclaw: Salary and Net Worth

Holdsclaw is one of the highest paid players according to Earl Gustkey of the L.A. TIMES. Her salary is around $50,000 per year and her net worth is unknown.

She has not been part of any notable controversies in her career. Additionally, currently, there are no rumors concerning her and her career

Chamique has the height of 6 feet 2 inches. Her body weighs 78 kg. She has dark brown hair and brown eyes. Furthermore, there are no details regarding her body measurements.