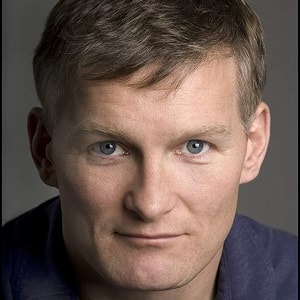 What is the relationship of Chance Kelly?

Chance Kelly is a married person. He has been married to Susan A Sanchez in 1997. They have welcomed three children, however, their names are unknown through any sources. They are living together and happily. There is no sign of divorce between them.

Who is Chance Kelly?

Chance Kelly is an American film and television actor. He is famous for his role as Detective Ed Cutler on the NBC series ‘Aquarius’. He is also famous for starring as Lt. Col. ‘Godfather’ Ferrando in HBO miniseries ‘Generation Kill’ and the FOX television series ‘Fringe’ in 2008.

He was born in the USA. His actual date of birth is unknown. He has not mentioned about his parents, siblings and about his siblings. Kelly holds American citizenship but his ethnicity is unknown.

He attended New York University and earned a BA in English and Writing and wished to pursue his career as a writer. Kelly lost a bet and feared of public speaking, he joined an acting class. He was very much terrified and gave his first monologue to a brick wall. He won MS from Columbia University.

Along with his acting career, he entered the amateur boxing circuit in NYC and won the Superheavyweight division of the NYC Metros tournament. He entered the NYC Golden Gloves and won his first fight by knockout and subsequently drop out of the competition for work on his film ‘The Devil’s Own’.

He portrayed the role of Lt. Col. Stephen ‘Gosfather’ Ferrando in the HBO’s ‘Generation Kill’.He was appointed Honorary Marine by the Marine Corps League on Memorial Day 2009, for his work in ‘Generation Kill’.

He appeared in the first episode of ‘In Which We Meet Mr. Jones’ in the science fiction series ‘Fringe’ as Agent Mitchell Loeb. He played the role of Bart McDade in the HBO film ‘Too Big to Fail’ and appeared as a mysterious interrogator in the American television series ‘Homeland’.

He has portrayed seven different characters on seven different ‘Law and Order’ episode from 2002 to 2011. He made his guest appearance in The Blacklist(NBC), NYC 22, Blue Bloods, Alpha House (Amazon), Motive, Nikita, Burn Notice & The Jury, Unforgettable, Body of Proof, Ray Donovan, Golden Boy, and Blindspot.

He won the NYC Metro’s Boxing tournament and won his first Golden Gloves. He was named ‘Honorary marine’ in 2009 for his work in ‘Godfather’.

There is no information available about his salary and income so it is difficult to predict his net worth.

He likes to keep his information away from social media. He has not been involved in any controversy and rumor in his personal and professional life.

He has got dark brown hair and blue eyes. Other information about his height, weight, etc. are not available.

Is Kelly Clarkson expecting third child in 2022? Who’s the father?

RHOC star Kelly Dodd jokes about marrying her doctor boyfriend! Who was she previously married to?