She and Bashir Salahuddin were dating for a long time. Bashir is an American actor, writer, and comedian.

The couple married on August 12, 2017. The marriage ceremony was held on The Lodge in Whitefish Lake, Montana along the presence of their family and closed friends.

The couple is living together after their marriage and also attends several events together. They also have a son, Ali Miche. 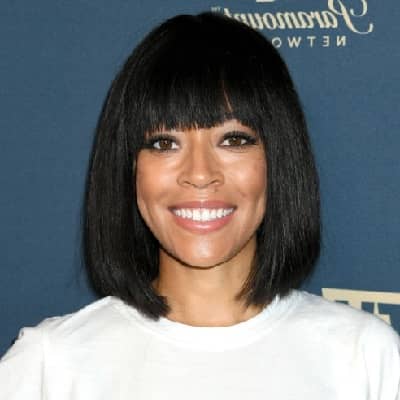 Who is Chandra Russell?

Chandra Russell is an American actress, producer, and writer. She is popular for her writing and her performance in the Comedy Central Show.

The actress is also known as a wife of Bahir Salahuddin.

Chandra was born in Chicago, USA. However, her exact birthdate is not disclosed. Her mother’s name is Debbyrah and she seems to be closed with her family members.

On mother’s day, she wishes her mother via her Instagram. Her father’s name is not disclosed.

She holds an American nationality and is belongs to African-American ethnicity.

There is no information regarding her family and siblings.

Talking about her education, she studied at Tish’s Acting program and has her graduation.

Chandra Russell has built her career as an actor, writer and also a producer.

Just in  2019, she was seen starring as Sergeant Turner on the  Comedy Central Show. She gains more popularity for working in South Side.
The same year, she appears on the episodes of Sherman’s Showcase.  In 2017, she has performed in Thirsty Girl. Her 2015’s works include in movies like Girl BFFs Do, Yelping Yelp, and Night Shades. From 2013to 2014 she started in a TV Series, Downtown Girls.

In the year 2014, she writes the 5 episodes on the TV Series DownTown Girls. A year later, she works for Things Girl BFFs Do and Yelping Yelp as create and writer.
Lately, She has written some episodes of the TV Series South Side. The series has the concept of changing the beauty standards that affect the ability of women to connect as told by Chandra as per the source.

Talking about her production credits, she is the producer of Yelping Yelp, Things Girl BFFs Do. Likely, she directed and produced the 5 episodes of Downtown Girls.

Chandra’s net worth is estimated at around $500 thousand as of 2022. Likely, her husband, Bashir net worth is around $1 million.

Chandra Russell has an average height and body weight. She has black colored hair and eyes.