Chane Grobler is a TikTok star and social media personality.

Chane Grobler is currently in a relationship with Berto who is available on Instagram with the username of ‘KingBerto‘.

The couple often posts their lovely pictures on Instagram and are seen together spending their time.

Her boyfriend has just wished Chane’s on her birthday a week ago. He has posted their photo with the caption, ‘Happy birthday to my beautiful girlfriend’. They seemed to be dating from late 2019. 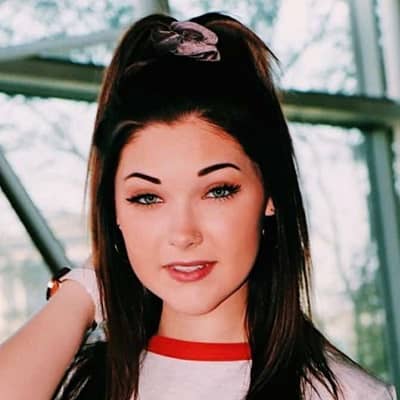 Who is Chane Grobler?

Chane Grobler is a TikTok star and social media personality. She is popular in the mainstream among the youth generation.

This star is renowned for her parody cuts, movie recordings, lips adjust, and fashion posts on her social media accounts.

Chane was born on October 18, 2000, in the province of Limpopo, South Africa. Likely, she raised up by her mom and grandma in the city of Pretoria.

Her mother’s name is Marli Grobler. Chane’s mum and dad got divorced when she was just 3 years old. She also has a younger brother named Ethan.

She is of South African nationality and she belongs to German and African ethnicity.

Talking about her education,  she studied at Hoerskool Wonderboom, Pretoria. And she is a second-year education student at Aros College in Pretoria.

Chane Grobler used to post different lips sync videos when the app was called Musical.ly. She downloaded it in the year 2015 when she saw its videos on Instagram. Then she started posting videos on Musical.ly in December 2017. And when the platform changed into TikTok in August 2018, she received an even larger following.

She had 18,000 followers first when one of her videos went viral. It leads her to 100,000 followers. It was the beginning of her popularity. No sooner she got official recognition by TikTok and she took it super seriously to build her career through it.

And as of now, she is one of the popular TikTok Star with more than 2M followers. Her content includes different dances, Comedy, Lip- Syncs, and POV videos.

Chane is also a fashionista and keeps posting different fashion styles, makeup tutorials through her Instagram.

Just in Jan, Chane received a nomination in the Nickelodeon Kids’ Choice Awards. Moreover, she got nominated in the Africa Social Media Star Category, alongside another South African, “Aunty Shamilla” comedian Prev Reddy.

She was also on the cover of Cosmopolitan Magazine SA. Moreover, the social media star has worked with Starbucks and local designer Gert-Johan Coetzee.

Her net worth is around $1 million but the salary is unknown. Also, the star earns from her different endorsements and promotion posts.

Grobler has been a part of controversies and was outed for making transphobic, homophobic, and racist comments.

Fellow TikToker Katlego Tlhapuletsa posted a video series and voice notes sharing her experience with Grobler. There she claims that she was dating a trans man whom she referred to as “Pineapple”. Later after their breakup, Pineapple went on to date Grobler. Tlhapuletsa reveals voice notes where Grobler denied dating Pineapple and goes on to be transphobic.

Again Victoria Kayser also posted a voice note video. There, Grobler was complaining about not getting invited to a Universal Music TikTok event claiming that it’s because she’s white.

But Tlhapuletsa mentions that Grobler was invited to the event but because she changed her phone number the invite never made it to her.

After some weeks of all the allegations, Chane finally addressed it with a statement “private voice notes have been edited and leaked, but without the context in which they were sent”. Moreover, she also responded apologized for her actions. Click here to know more about it.

Chane Grobler stands with a height of  5 feet 4 inches (163 cm) approximately. And she weighs around 55 Kg.

Besides, she has dark brown hair and a gray-colored eye. She often dyes her hair into blonde shades.

The star is active on Instagram with the username chane_grobler18 having around 97.6K followers. Likely, she has around 2.4M followers and 82M likes on her TikTok account.

Furthermore, She has her own YouTube channel with 11.8K subscribers. She has recently joined YouTube and has posted a video.

Some Interesting Facts about Chane

You may also read about the bio of other internet personalities like Hooodjabi, Aidan Prince, Hamzah The Fantastic, and Joey Piazza.