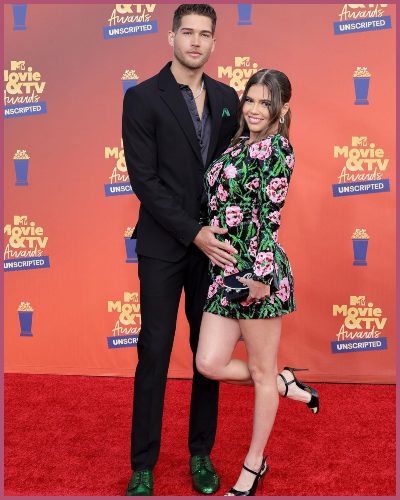 It’s Pink Powder Everywhere! As you can guess West Coast has a baby daughter with her boyfriend Dom Fenison.

The MTV star Chanel West Coast is expecting a baby girl with her LA-based model partner Dom Fenison. The DT Model management model Fenison is a proud dad to be of his coming baby daughter.

The couple who had an unplanned surprised pregnancy is hooting over the news of a baby girl as they say,

“We’re having a baby girl!!! Love you @domfenison. Thank you for coming into my life and loving me the way you do. I know you will be the best Dad in the world! #HappyFathersDay.”

Excitement at its Peak! It’s a baby girl for Dom Fenison

The Founder of Music City Accommodations is sharing his joy of being the father of a baby girl saying,

“It’s a girl!!! Had the absolute best day yesterday with @chanelwestcoast and all of our family and friends. It was really a special occasion and I could feel the positive energy and love. Hope everyone had a great time.”

The former real estate agent Fenison, 30 is new to parenthood while his beau explains,

“Dom is definitely the most level-headed person I’ve ever had in my life.”

American television personality, rapper, and singer Coast has few insights on how the couple is co-parenting their first child together. Their love is increasing as the two bonded to experience crazy upcoming parenthood.

“Raising children is not an easy thing so you really have to be like that to be a good dad. He’s just so calm and relaxed and I can be a little bit crazier. I think that he’s the perfect balance for me.”

Who is Chanel West Coast?