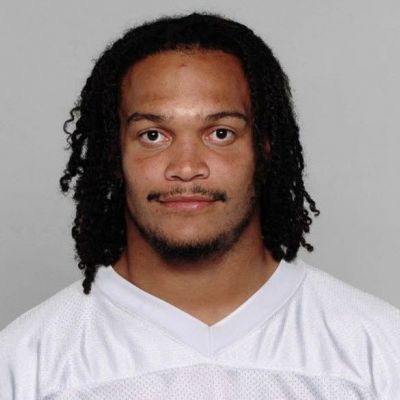 Who is Channing Crowder Married to?

Reflecting on Channing‘s Personal life, he is in a happily married relationship with his wife, Aja Crowder. Aja is a businesswoman.

The couple officially got married in 2011 and has even appeared in the reality show, Baller Wives together.

Talking about their children, they have three of them named, Channing III, Ava Crowder, and Chazy.

Who is Channing Crowder?

In 2000 he played as a linebacker in the National Football League (NFL).

He is the co-host of the Hochman & Crowder, and The Pivot.

Channing Crowder Gets a Priceless Reaction from Kevin Hart for his Nudist Colony Statement! during a podcast on July 26, 2022.

Within a short period, ‘The Pivot Podcast‘ has become one of the most loved and top podcasts in the game.

The show is a riot including the hosts Fred Taylor, Ryan Clark, and the loquacious Channing Crowder who invites the top athletes and entertainers around.

The interesting convos between the co-hosts and guests have been able to keep the viewer’s attention.

Recently on July 26, 2022, they posted a video in which Kevin Hart was welcomed as a guest.

So, during the interview, former Dolphins linebacker, Crowder shared that along with his wife, he visits a nudist colony once a year.

Hart was totally surprised by what Crowder said and he even asked the former Florida Gators star, if he knew what he was talking about.

The professional player said that they don’t get down with couples but they enjoy being around naked people.

The former player was born on December 2, 1983, in State College, Pennsylvania, United States.

Similarly, he is of All-American ethnicity and according to astrologers, his birth star sign is Sagittarius.

He was born to his father, Randy Crowder, a former defensive lineman, and his mother, Pauline Pope-Crowder.

As there is no info about his siblings, he seems to be the single child of his parents.

As per his academics, he completed his schooling at North Springs High School based in Sandy Springs, Georgia where he used to play as a linebacker.

Then he completed his graduation from the University of Florida located in Gainesville, Florida.

During his time at the University of Florida, in 2003 and 2004 he played on the behalf of Ron Zook’s Florida Gators football team.

Later, he joined the Outback Owl and as a freshman, he participated in 11 games with a total of nine starts.

He went on to play and became the first true freshman of 2003 to start for the Gators.

In the following year’s October, he had arthroscopic knee surgery so, he could not play the Mississippi game.

During the game against Arkansas, he led the linebackers with 12 tackles and one pass deflection.

He went on to score career-high 15 tackles against Vanderbilt too and won the game.

In the 2005 NFL Draft, Miami Dolphins drafted Crowder in the third round (70th overall).

In July, he signed a four-year deal with the team.

In the 2006 season, he ended up being second on the Dolphins with 104 tackles and scored one sack for nine yards in losses.

Though, suffering from a hip injury, he played all 16 games against the Minnesota Vikings.

Later, he got into a fight with Patriots offensive tackle, Matt Light and got ejected in the 12th week of the 2008 season.

On February 15, 2009, he resigned from the deal with the Dolphins, and during the game against New England Patriots, he won off for the Dolphins.

After suffering from a foot injury, he could not be part of the game with the Houston Texans.

Though he signed the contract with LB Kevin Burnett from the San Diego Charges, he announced his retirement from the NFL.

As of 2022 data, Channing Crowder has a net worth that ranges between 1 to 5 million USD.

He has made good fortune from his football career.

Also, he might be being paid a good amount from the ‘The Pivot Podcast‘ and other shows.

The former athlete stands at the height of 6 feet 2 inches weighing around 113 Kg.

Adding up more, he has a brown complexion along with a pair of black eyes and hair of the same color as well.

Apart from his height and weight his other body measurements like chest, waist, and hips size are not available.

Talking about his social media appearance, Channing has a verified Instagram account under the username, @officialchanningcrowder which has garnered around 86K followers.

Also, ‘The Pivot Podcast‘ where he has been appearing as a co-host, has about 455K subscribers.