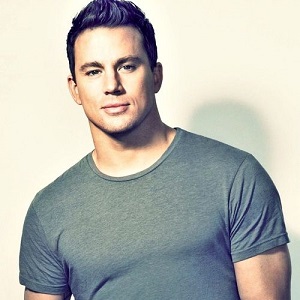 I believe in love. I believe in good stories. I play really hard on the weekends because I like to have those stories. My wife and I go off and do craziness all the time. We're just like, 'What can we go get into this weekend?' Then we have other ones where we just sit and do nothing and then we have work that we do. It's all memories.

What is the relationship of Channing Tatum?

Channing Tatum is not dating anyone.

He was in an on-and-off relationship with singer, Jessie J. They started dating since March 2019 but were spotted in 2018. But recently in late Oct 2020, he and his girlfriend broke up with each other. Jessie said that it was an unhealthy love.

Previously, he was married to an American actress and singer Jenna Dewan. They married on 11th July 2009.

The couple first met each other for the first time on the sets of their movie Step Up. The couple began dating each other after few months of their first meet.

After three years of their affair, the couple got married in Malibu, California. They together had a daughter named Everly Tatum in 2013.

Who is Channing Tatum?

Tatum was born as Channing Matthew Tatum on 26 April 1980, in Cullman, Alabama, USA. His nationality is American and he is of English ethnicity.

He is the son of English parents Glenn Tatum (father) and Kay Tatum (mother). His father was an airline worker and his mother worked in construction. He has a sister named Paige Tatum.

His family moved to the Pascagoula, Mississippi area when he was six years old. He was affected by attention deficit disorder (ADD) and dyslexia while growing up. While growing up, he played football, soccer, track, baseball, and performing martial arts.

He attended Gaither High School and Tampa Catholic High School, from where he graduated in 1998. He later attended Glenville State College in Glenville, West Virginia on a football scholarship, but dropped out.

After dropping out, he began working as a stripper at a local nightclub.

Tatum has been an active member of the industry since 2000. He was the first cast as a dancer in Ricky Martin’s “She Bangs” music video in 2000. This actor soon moved into television commercials for Mountain Dew and Pepsi in 2002. He made his acting debut in 2004, appearing as Bob Davenport in an episode of the TV film CSI: Miami.

His first movie role was as Jason Lyle in Coach Carter (2005). His breakthrough role was in the 2006 dance film Step Up, which introduced him to a wider audience. He played the role of dancer Tyler Gage in the movie. He was listed as one of Tear Sheet magazine’s “50 Most Beautiful Faces” of October 2001.

In 2009, he played the role of Conrad Hauser / Duke in G.I. Joe: The Rise of Cobra for which he won the 2010 Teen Choice Award for Choice Movie Actor: Action Adventure. In 2012, he played the lead character as Michael Lane/Magic Mike in the movie Magic Mike (2012) for which he was nominated for the MTV Movie Awards that year.

He also played the same role in the movie’s sequel Magic Mike XXL (2015). His other famous works include 21 Jump Street, White House Down, 22 Jump Street, and Jupiter Ascending.

Rumors are that Channing and his wife Jenna are fighting over Channing’s controversial nude photo. Rumors are coming out that the couple is getting divorced, but the news is not confirmed yet, it might be just a rumor.

Channing Tatum has a height of 6 feet 1 inch. His bodyweight is 83kg. He has light brown hair and green eye. Furthermore, his chest size is 42 inches, waist size is 32 inches and his Biceps size is 16 inches.

Besides these, his shoe size is 10.5 US but his dress size is not known.

Channing Tatum took Covid-19 test after celebrating 40th birthday with friends! How much is his net worth?